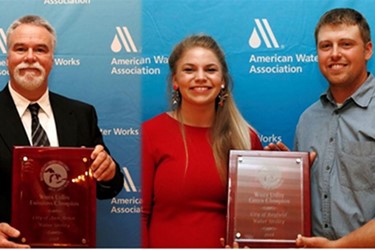 The Great Lakes Basin Water Utility Energy Challenge has announced five winners in its inaugural competition among water utilities to reduce emissions associated with energy generation to support their plant operations. The 2018 winners included a variety of utilities ranging from small-town to large-metropolitan-area systems, competing in five major areas:

The competition measured the environmental impacts resulting from their changes in the utilities’ approaches to energy consumption and the associated emissions of mercury, lead, carbon, and nitric oxide.

It Takes A Village

This year’s event drew support from a broad spectrum of environmental interest groups associated with the Great Lakes watershed, which represents 20 percent of the world’s surface freshwater. The competition was a collaborative effort between the AWWA and The Great Lakes Protection Fund (GLPF), with GLPF providing the funding for the program. The GLPF is a private, non-profit organization that helps water-related utilities test and fund the application of new technologies in water treatment with the goal of protecting and restoring the ecological health of the Great Lakes. 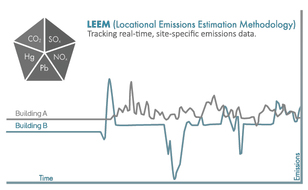 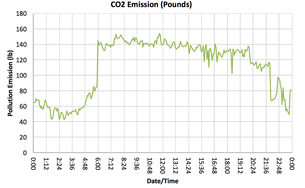 "By using innovative technologies to protect the Great Lakes, the WUEC winners are a testament to the creativity and innovation needed to run a successful water utility today,” said David Rankin, vice president of programs for GLPF. “With this ambitious start, when they scale up, these water utilities could easily mitigate more than five times that amount."

It Pays To Innovate

The Ann Arbor utility is no stranger to water treatment competitions on the national stage. They finished fourth nationally in the water taste-test competition at the 2017 ACE Conference in Philadelphia, sponsored by the AWWA. The utility was also honored as the best water in Michigan during its annual state conference in 2016.

The City of Bayfield achieved its reduction in energy use, cost, and emissions by manipulating the time that energy was pumped, in order to correspond with their energy provider’s lower emission periods of electrical generation.

“We are really excited with the breadth of the WUEC winners. They represent a wide range of communities, from small towns to large urban areas, and epitomize the next generation of cutting edge water utilities,” noted David LaFrance, CEO of the AWWA. “The winners proved that all utilities can use the cleanest energy to deliver safe drinking water to their customers and significantly reduce the associated emissions of lead, mercury, carbon, and nitric oxide.”