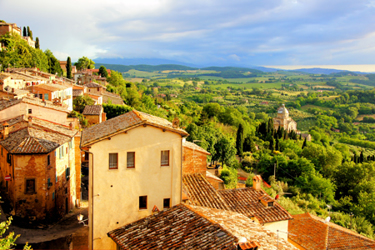 Tuscany is perfect for growing grapes, but beneath its rich earth there is a problem with its water. The water is as good as any in Europe, but far too much of it is leaking away and it is costing water companies and their consumers dearly.

Across Italy, non-revenue water losses are estimated at around 40 percent, indicating almost half of all the treated water in its distribution system is simply lost — at a cost of some EUR4 billion annually. Inevitably, these are costs that are met by consumers, but the scale of water loss also significantly impacts the bottom line for water utilities. Tuscany is certainly not immune to the impact of non-revenue water; its losses are currently well above even the 40 percent figure.

Indeed, water losses in Italy are so costly that several years ago the government introduced new regulations, resolution 917/2017, requiring water utilities to improve the performance of their water supply networks and reduce losses to leakage.

In response, many water utilities are exploring alternative approaches to address pipeline failures in a bid to comply with the regulations and are turning to new, digitally enabled techniques.

AdF And The Digital Solution To Losses

Acquedotto del Fiora SpA (AdF) is Tuscany’s largest water company in terms of the size of its network, which covers 55 municipalities including all 28 in the province of Grosseto and 27 in the province of Siena. With many water treatment and distribution assets, AdF’s pipeline network stretches across some 8,000 km. However, rural Tuscany has a relatively low population density and despite the size of its network AdF serves only around 400,000 customers. With unaccounted for water totalling at about 42.5 percent of its treated water, this extended network makes it particularly challenging to identify failures and the sources of losses.

“Our network is large but with low customer numbers, so it is a challenge to quickly find water losses,” explains Alessio Giunti, Head of Water Balance and Metering Equipment, Water Resource Protection, Acquedotto del Fiora S.p.A.

Faced with additional network challenges and striving to meet its regulatory requirements, AdF has turned to smarter, digital solutions. Initially, AdF launched a standard geographical information system (GIS) approach, which enabled them to have a better understanding of their network. However, recognising its limitations, AdF quickly looked at exploring more advanced solutions and reached out to water measurement and service solution specialist ISOIL Industria S.p.A to help reduce its non-revenue water.

With its deep knowledge of market needs, ISOIL Industria helps drive better business decisions and achieve efficiency gains. Sharing values based on the importance of water as a valuable resource and a joint vision related to the actual and future water sector needs, ISOIL Industria partnered with advanced geospatial AI solutions company Rezatec to deploy its Pipeline Risk Assessment tool on the AdF network.

“We need to analyse our network for leak detection and determine how to utilise our workforce in the most efficient way. We have a big network, therefore we want intelligence to help us find water losses quickly and decrease the time needed to fix those failures. Some parts of the network, for example in the City of Grosseto, are not sub-divided into many district metered areas (DMAs). By implementing innovative technology, such as Pipeline Risk, developed by Rezatec, this is something that can help us improve our performance and enable us to reach our goals and the key performance indicators mandated by ARERA, the Italian Regulatory Authority for Energy, Networks and Environment,” says Giunti.

“Our workforce uses traditional systems and, as a result, we have seen that we cannot reach very high target goals for loss reduction. The problem of water loss is to find and repair leaks in less time, so we need an artificial intelligence system that can speed up this part of the process,” adds Giunti.

Their mission to become a data-driven utility led to an initial deployment of Rezatec’s Geospatial AI Pipeline Risk product across 674 km of the AdF water network in a pilot programme launched in January 2021. “We started this collaboration with ISOIL some months ago, and now we are using the system to verify the trends on the network and to identify those parts of the network that have to be replaced in the next investment plan period,” says Giunti.

The Rezatec model considers parameters such as the diameter and age of a pipeline, as well as the material of its construction — ductile iron or polyethylene, for instance. This is combined with environmental data, including data on the terrain and characteristics of the soil the pipeline is buried in, such as its pH. Fused with satellite data, Rezatec’s machine-learning model also analyses the smallest displacements to assess factors such as ground motion, uplift, and subsidence. Vegetation patterns and potential changes in vigour can also be observed which may have an influence on the risk of failure. 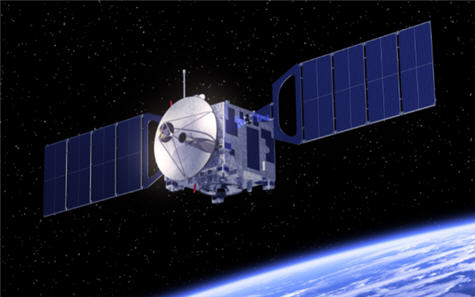 The Pipeline Risk tool assesses these parameters against several years of historical network failure data to characterise the risk factors. These allow the machine learning engine, at the heart of the model, to build a predictive model identifying risk. To target resources on the areas most at risk of failure, all the available data is analysed by Rezatec’s AI model to produce Likelihood of Failure (LOF) risk maps. Furthermore, the model continues to learn as more data is fed in and therefore continues to increase its accuracy over time.

In addition to the risk of failure, the Rezatec model provides an assessment of the consequences of any failure. The model expresses this as a cost metric, taking into account the number and type of water consumer that may be affected by a failure, as well as any third-party liabilities such as impacts on transport or medical infrastructure. The model includes these factors along with the direct cost of repairing a failure or replacing a section of pipeline to produce a consequences of failure (COF) figure. In addition, by combining both the LOF and the COF, Rezatec’s Pipeline Risk tool can also be deployed to deliver a full risk profile of a water network, the so-called Pipeline Risk Value, if required.

These data-driven outcomes are visualised in an easy-to-use dashboard allowing users to quickly interpret the results and allow resources to be efficiently directed accordingly. Now able to deploy field crews and investment at the most critical parts of their network, the Rezatec approach allows water distribution companies like AdF to drive their investments towards the top 20 percent of failure risks. With this top 20 percent responsible for around two-thirds of all leaks from a typical distribution system, the Pipeline Risk model offers clear operational benefits.

“We’re excited to undertake work with ISOIL and Rezatec. Our goal is to drive down leakage and intelligently inform our capital improvement program. We’re impressed with Rezatec’s capability to predict Likelihood of Failure, and although we’re a smaller utility, this allows us to replicate the operations of much larger utilities, with much larger budgets,” noted Piero Ferrari, Chief Operating Officer at AdF.

Indeed, in adopting the Rezatec tool, AdF has joined much larger players such as the Italian multi-utility HERA in the use of high-tech geospatial AI solutions. As Philip Briscoe, Chief Operating Officer at Rezatec observes: “With more utilities using Rezatec’s Pipeline Risk product, we are helping to prioritise investment in infrastructure, whilst making significant savings in maintenance and repair. It’s all about optimising the budget and resource available, by becoming more proactive, efficient, and resilient.”

Although AdF has only been using the Rezatec Pipeline Risk tool for a few months, it is finding that the early performance indicators are more than encouraging. Data from the first four months of 2021 reveals that 18 leaks were identified by internal loss research teams across nine days of activity. Of these, 15 of the leaks were identified by the Rezatec model as being a high risk of failure. This gives an evident correlation of over 80 per cent between actual losses identified in areas reported on the Rezatec portal as critical.

Similarly, Operational Management Units, considering replacements for the three-year period 2021-2023, have identified and requested nine specific network interventions. Of these nine, six fall in an area indicated as very high criticality, two in high criticality areas, and just one in a low criticality area as determined by the geospatial AI model. It has been verified that the section present in the low criticality area appears to have been requested for transport problems due to clogging and not in response to actual water losses. Again, this is indicative of a very high correlation between the outcomes predicted by the Rezatec model and real-world events.

“We are looking at the early results, but the initial results since January are very interesting. We can see a lot of information about the network but also every characteristic of the network. The algorithm provides a better consideration of losses than before,” says Giunti.

“When we started to search in the highest Likelihood of Failure network areas and those leaks we could find, 11 out of 12 of the sections of pipe that are due for replacement are inside those areas identified as most likely to fail. We have found leaks using DMA instrumentation — for example, through increasing minimum flow at night — and going back to see this activity after contracting Rezatec, [we] saw the 12 leaks score 4-5 on the Likelihood of Failure ranking, indicating a high probability of failure. We have also found five leaks that were not identified by any kind of visible indication,” he adds.

With initial encouraging results, AdF is expected to extend coverage of its network with the Rezatec risk analysis tool. “Checking failures will help us indicate which of these pipes are in the range of 4.5-5 in the Likelihood of Failure map, so we have this approach to evaluate this platform. We want to conclude all the analysis of this system and then we will evaluate extending this model as a way of finding losses on other areas. For now, the results are comforting,” Giunti notes.

By quickly identifying those pipeline sections with the highest risk and consequences of failure, Rezatec’s geospatial AI model enables water distribution companies to accurately focus their leak detection, upgrade, and maintenance resources. Targeting those sections of the network with the greatest bottom-line impact allows resource-constrained utilities to dramatically reduce non-revenue water losses and associated costs without massively increasing detection and prevention expenditure. New technologies such as satellite data and AI are enabling progressive companies like AdF to work smarter, not just harder.

As Luca Scansetti, Water Utility Service Manager at ISOIL Industria, says: “Rezatec’s geospatial AI continues to help utilities better understand their water networks, intelligently prioritise investment, and improve their leakage results. Budgets are always tight, and this is enabling utilities to make smarter decisions, whilst optimising the budget they have, along with where engineers need to focus their time.”

Renowned as the birthplace of the Renaissance, Tuscany and AdF are now part of a new digital renaissance in which data-led asset management decisions open new routes to performance.