3 Game Changers For Water And Wastewater 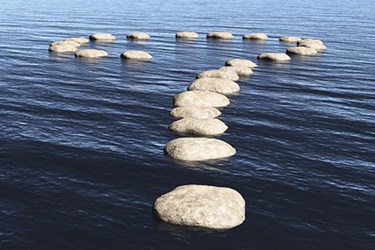 Three key events from 2015 could reshape the water/wastewater industry in 2016 and for years to come.

The annual “Top 10 Trends” edition of Water Innovations keeps you in tune with pressing issues currently facing the industry, presenting real-world examples and tips from your peers on how to solve them. In 2016, the topics include climate change, groundwater protection, nutrients, non-revenue water, and water reuse; we also introduce strategies and technologies for sustainability, regulatory compliance, funding, and labor. Bright spots abound in the solutions you’ll find throughout the publication — very practical and actionable guidance, available here — but I’d like to acknowledge some other bright spots, of a different type.

These are moments of change but unrelated to equipment or processes. The following events foreshadow a “new normal” on the horizon for the water and wastewater industry — the arrival date is indeterminate, but inevitable. And when it comes, we may look back and see these moments as turning points.

When Congress Wised Up On WIFIA
The Water Infrastructure Finance and Innovation Act (WIFIA) was years in the making, seeming at times that it would never come to satisfactory fruition. Introduced in 2011, the funding initiative for water/wastewater capital improvement projects passed through the legislative process in a series of fits and starts. In its 2014 incarnation, the bill authorized financing of 49 percent of the cost of large plant improvements, but the other 51 percent could not be achieved through tax-exempt bonds — a non-starter for many projects. However, through the tireless efforts of lobbyists, including the American Water Works Association (AWWA), the Water Environment Federation (WEF), and many others, Congress passed a version of the bill in late 2015 that removed the tax-exempt bond restrictions on WIFIA, thus freeing financing options for sorely needed infrastructure renewal. Will it herald an age of new treatment plant construction and pipeline renewal? It certainly should.

When The World Coalesced On Climate Change Action
While skepticism, name-calling, and the cherry-picking and misrepresentation of data persist, the COP21 climate change conference in Paris proved at least one thing: World leaders and business magnates responsible for the long-term prosperity of nations and multibillion-dollar industries believe the threat is real. To protect their citizens, their businesses, and the Earth itself (in no specific priority order), these leaders are willing to undertake unprecedented investment and accountability. For municipalities and their constituents, the fear is primarily too much water (floods) or not enough (scarcity), while businesses are chiefly concerned with the latter. To avoid or mitigate such impacts, energy efficiency, emissions control, and reuse are destined to become the norm across the board (by choice or by mandate), and many businesses will choose to operate closed-loop water management systems. COP21, by unifying leaders and introducing reform and pledges on a grand scale, may have provided the momentum necessary to truly, finally, kick-start a new era of sustainability.

When Bill Gates Drank Poop Water
You may have seen it on The Tonight Show Starring Jimmy Fallon or learned about it from Forbes, CNN, Wired, NPR, or Popular Mechanics. When Bill Gates drank water purified from sewage, promoting a new technology funded by the Gates Foundation, it blew people’s minds. Of course, we in the water industry are familiar with potable water reuse and fully confident in the technologies that make it safe. The general public, however, is a different story, and squeamishness surrounding “toilet to tap” (a term advocates avoid) has been a major hurdle in getting this needed resource implemented. So when the common water consumer, tucked in bed awaiting Jimmy’s next celebrity Lip Sync Battle, sees the world’s richest man happily sip the product, it is a moment of impact. Direct and indirect potable reuse will need to be increasingly utilized as the stresses of population growth and drought converge, but it doesn’t happen as easily or often as it should without public approval; indeed, politicians have even won elections by “safeguarding” the public and railing against it. Gates normalized the idea for millions overnight, creating waves of mainstream influence that continue to resonate and turn the tide toward widespread public acceptance.