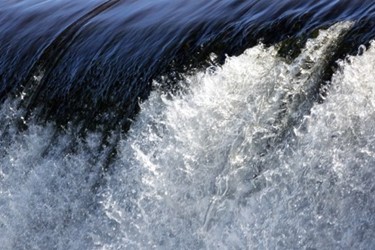 Whether through carbon dioxide emissions or nutrient pollution from fertilizers used in agriculture, human activities have a profound impact on ecosystems—often throwing them out of balance. By adding excess nutrients to crops, some are very likely to end up in rivers, lakes and streams. But not all of the carbon, nitrogen and phosphorus that enter waterways end up downstream. Freshwater ecosystems filter some of the excess pollutants out of the water before it reaches the ocean, according to a new study.

“This is the first study to examine what happens in the 'freshwater pipe' from the land to the oceans with respect to nitrogen and phosphorus,” said Jim Cotner, professor in the College of Biological Sciences at the University of Minnesota and lead author of the study.

By burying and “exhaling” excesses nitrogen and phosphorus, what is delivered to the oceans has a much more balanced composition than what is delivered to freshwater systems in the first place. A key factor determining how effective freshwater ecosystems are at filtering excess nutrients before they reach the ocean has to do with how long the water resides in rivers, lakes and reservoirs.

“Through this study we also learned that the fate of terrestrial carbon, nitrogen and phosphorus in freshwaters is very strongly influenced by the amount of time water spends in freshwaters,” said Roxanne Maranger, Université de Montréal professor and co-author of the study. “This is important because humans are continually manipulating water flows by building dams, draining wetlands and moving water around on the landscape.”

The research was supported by a Discovery Grant from the Natural Sciences and Engineering Research Council and Natural Science Foundation awards (DEB-1547866 and NSF-IOS 1257571).