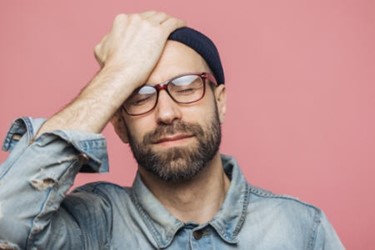 When it comes to critical drinking water infrastructure and treatment systems, the high price tags for construction can often be difficult to swallow. As the city of Portland, OR, just found out, it certainly doesn’t help things when these price tags are grossly underestimated.

In 2017, Portland’s city council approved plans for a new $500 million water filtration plant. But now, news has broken that the project will cost closer to $850 million — mostly because the original estimate never accounted for the pipes that would have to carry water to and from the plant.

“It wasn’t until two years later that the Water Bureau finally admitted that it had left something out of that proposal, and that the plant would actually cost more than they had stated,” per The Blaze. “Out of the additional $350, $200 million would be to include the pipes. The rest, $150 million, was in adjusted costs to build the rest of the plant, which had apparently become much greater over a two year period.”

In fairness, the $200 million figure is supposedly a higher-end estimate. And the city did have the chance to go with cheaper options that would have still technically met regulatory standards.

“[The pipes] are projected to cost $100 million to $200 million, and Water Bureau officials made it clear they think the higher-end system would be better for water quality and system reliability,” Oregon Live reported. “Overall they recommended commissioners pick an $850 million version of a treatment plant, not a pared-back $730 million one or a ‘minimally compliant’ $670 million one. All three of those options include pipes.”

It is interesting that Portland has opted for the highest quality option, given that this treatment plant project was mandated by federal regulators, rather than instigated by a particular local need. In 2017, the U.S. EPA found Cryptosporidium levels in Portland’s drinking water to be too high, directing it to pursue the new filtration plant to beef up its treatment efforts, which had only included chlorination and corrosiveness reduction up to that point.

While Portland appears prepared to move forward with a new and high-quality drinking water treatment project despite the budgeting snafu, the surprise cost did cause some tension among local officials.

“[Portland Mayor Ted] Wheeler upbraided Water Bureau Director Mike Stuhr for his agency’s lack of transparency when presenting the $500 million plan to the council before its August 2017 vote,” according to Oregon Live. “‘It would have been very helpful for me to know what we were talking about at that time was not the total project cost but merely one component of an overall system,’ Wheeler said.”