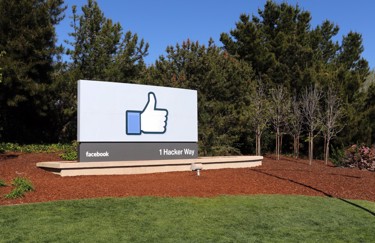 As plans around a major Big Tech investment in Arizona came to light recently, controversy over how it would impact one of the region’s most precious resources have dominated attention. Now, it appears that controversy has led to much-needed changes.

Social media giant Facebook unveiled plans for an $800 million data center in Mesa, Arizona, and consequently drew concern from city council members over the fact that such a center could use as much as one million gallons of water per day. In response, the company has pledged to restore much of that supply.

“Facebook outlined three water restoration projects that will restore more than 200 million gallons of water per year in the Colorado River and Salt River basins and help provide greater water security for Arizona,” Data Center Frontier reported. “The company said the 960,000 square foot Mesa facility will use 60 percent less water than the typical data center due to extensive use of fresh air for cooling. Facebook told local media that it will not draw water rights from the city of Mesa.”

Driving local concern over source water availability, Arizona and much of the Western United States are currently embroiled in drought that is expected to last until the fall. Available water in Lake Mead, which supplies water to Arizona as well as other Western states, is shrinking to historically low levels.

“In Arizona, 83 percent of the state is currently facing ‘severe drought’ conditions, according to the U.S. Drought Monitor,” per Data Center Frontier. “Arizona’s water crisis is reflected in the debate in Mesa, which highlights the tensions between business and environmental concerns.”

But Facebook appears to be responding to that tension, and not just in Arizona. The company recently pledged to restore more water than it consumes overall by the year 2030 — no small feat given the fact that the company consumed 2.2 million cubic meters of water last year, according to CNBC.

“Facebook intends to focus its efforts in regions where it uses local water resources, but it will also look at high-risk areas that face the most challenges in terms of their water supply,” CNBC reported. “Moving forward, Facebook said it will expand its water restoration efforts in Ireland, Singapore, India, the U.K. and Mexico.”