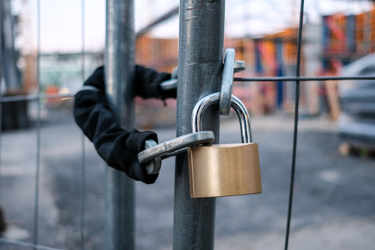 In a reminder of just how dangerous and difficult it can be to manage wastewater, Floridians were forced to evacuate their homes earlier this month when a local reservoir began leaking and appeared close to bursting wide open. Now, the state is moving to permanently close the site that poses such risk.

“Florida is moving to permanently close the leaky Piney Point wastewater reservoir that poured millions of gallons of water into Tampa Bay while threatening to burst open and flood nearby homes and businesses, Gov. Ron DeSantis said,” according to the Associated Press. “The Republican governor said at a news conference at the site that the chronic challenges of containing polluted water at the long-closed phosphate plant must end.”

A closure plan under development will tap $15.4 million in state Department of Environmental Protection funds to treat the site’s wastewater and reduce its dangerous abundance of nutrients.

“The reservoir contains what are called phosphogypsum stacks, a leftover from the phosphate mined for fertilizer,” per AP. “Officials say the water contains nitrogen, phosphorus, ammonia, and small amounts of radium and uranium, but is not radioactive.”

The crisis this month may have finally motivated the closure, but Piney Point has a history of undue wastewater dumping. For example, just one year after it was built, it’s owners were found to be dumping waste into nearby source water, per The Guardian.

“The plant repeatedly changed hands throughout the years, all the while continuing causing numerous human health and environmental disasters and incidents,” The Guardian reported. “In 1989, for instance, a 23,000-gallon leak of sulfuric acid from a holding tank forced the evacuation of hundreds of people.”

With Piney Point on the road to final treatment of its wastewater, its environmental violations will soon come to an end. But the larger problem of industrial wastewater violations in Florida appears to have a long road ahead — there are about two dozen similar phosphate wastewater reservoirs across the state.

“In Florida, the other phosphogypsum stacks have — so far — not had the same massive leak problems as Piney Point and there are no plans to close them,” per AP. “However, a Mosaic phosphate plant leaked millions of gallons of wastewater into Florida’s underground aquifer after a sinkhole opened up in 2016… Another Mosaic leak happened at a different plant in 2019.”