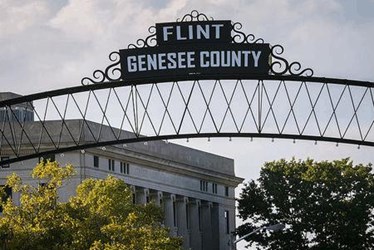 Flint is coming under legal fire from the state of Michigan for delaying a decision on its drinking water source.

“The lawsuit is a striking turnabout for the DEQ, the agency that investigations have shown was largely to blame for the city's disastrous switch away from Detroit water to the Flint River as a temporary drinking source in April 2014,” the report said.

The lawsuit, filed in federal court in June, argues that the city council has "endangered the public health" by failing to approve a water source, The Detroit News reported.

“The state’s lawsuit in U.S. District Court in Detroit said Flint council’s failure to meet a deadline on picking the Great Lakes Water Authority or another ‘reasonable’ source ‘will cause an imminent and substantial endangerment to public health in Flint,’” the report said.

At a meeting in June, the city council decided not to meet a state deadline despite a warning letter from the state about legal action, the report said.

“It instead approved a three-month extension of its contract with the Detroit area authority as some council members vowed to find an alternative water source,” the report said.

Flint’s lead crisis, which left hundreds of children with high blood lead levels, followed the city’s switch from the Detroit water supply to Flint River water. When Flint changed sources, it became responsible for its own treatment processes. The city has since returned to Detroit water delivered through GLWA.

Mayor Karen Weaver said Flint should continue “to purchase pre-treated water from the GLWA, ranking a new 30-year contract with the GLWA as the top alternative available to the city,” MLive reported.

Flint city council members say they were excluded from the process that led to the GLWA proposal.

“These actions are abuses of power at its best and colonialism at its worst,” Councilwoman Kate Fields said.