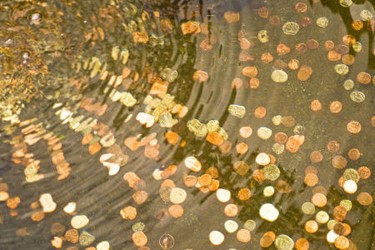 The most recent significant legislation to be signed into U.S. federal law included a major windfall to protect a national source water body with surprisingly nonpartisan support.

When President Trump signed two spending packages approved by both chambers of Congress in late December 2019, he averted a pending federal shutdown. And, among the plan’s many provisions, it included one he may not have typically approved of.

“House and Senate leaders agreed to spend $85 million on the Chesapeake Bay Program, an office of the Environmental Protection Agency, [through the spending plan],” according to The Baltimore Sun. “Over his term, Trump has repeatedly proposed gutting the Annapolis-based bay program office, but in both chambers of Congress, lawmakers this year advanced increased spending for the $73 million initiative. The office guides bay cleanup efforts in the six states, plus the District of Columbia, that make up the bay watershed, and is seen as a key backstop to ensuring each jurisdiction does its part to reduce pollution.”

The spending package will also eliminate three taxes that were in place to pay for Obamacare, as well as other allocations more typically in line with Trump’s policy goals.

Though it was not mentioned in Trump’s tweet, the allocation for the Chesapeake Bay Program was agreed upon by both the largely Democratic House of Representatives and the predominantly Republican Senate, though the two groups differed over how much they wanted to increase spending.

“The House proposed increasing the program’s budget to $85 million, while the Senate suggested $76 million; lawmakers ultimately agreed on the higher number over concern that population growth across the Chesapeake watershed will make efforts to reduce pollution more difficult in the coming years,” per the Sun. “A target to reduce pollution across the 64,000-square-mile watershed to restore the bay’s health by 2025 is approaching.”

Ultimately, the agreement to increase spending was a nonpartisan example of just how critical protecting our national source water has become in the face of population growth, environmental change, and industrial hazards.

“The U.S. Congress worked across party lines to increase investment for the EPA’s Chesapeake Bay Program,” according to a letter to the editor from Maryland Independent. “The Chesapeake Bay is a national treasure… We need to protect the gains we have made in cleaning up the Bay ecosystem and increase our efforts to improve the quality of the water that flows into the bay.”