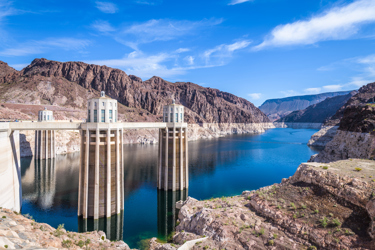 Numerous signs are emerging to indicate that much of the U.S. is facing significant source water scarcity issues, from Colorado to Southern Nevada.

For instance, as the largest reservoir in the country, Lake Mead, approaches its lowest levels in recorded history, an unprecedented measure might need to be taken to protect a major source water body feeding into it.

“The U.S. Bureau of Reclamation (USBR) forecasts the lake’s levels to continue to decline, without any sign of recovery through at least the end of 2022,” CNN reported. “If the next major study in August from the USBR projects water levels in the lake will be below 1,075 feet on January 1, it would trigger the first-ever shortage declaration on the Colorado River, meaning some communities would begin to see their water deliveries cut significantly next year.”

Nearby Lake Powell, another major drinking water source, is facing similar shortages. Lack of water across the pair impacts a major proportion of the U.S.

“The significance of the dwindling supplies in both reservoirs cannot be overstated,” according to CNN. “Water flowing down the Colorado River fills the two reservoirs, which are part of a river system that supplies over 40 million people living across seven Western states and Mexico.”

Water authorities in the region are attempting to call attention to the struggles and appealing for help. In a recent appeal to members of Congress, Southern Nevada Water Authority’s John Entsminger outlined the need for federal intervention.

“Current conditions require us to take bold and unprecedented steps to conserve and stretch out existing water supplies,” he said, per Nevada Current.

“Entsminger said the problem needs to go beyond what they can do at a state level, with a ‘focused and robust’ federal investment in watershed conservation, water recycling and climate change response,” the Current added.

While numerous federal solutions to drought problems are in the works, it’s difficult to say what precisely will be implemented or how it would stymie the overwhelming trend toward drought facing much of the country. Until those questions are answered, water systems will have to do their best with the supply they have.