Extreme Weather, Droughts, And The Impact On Our Water Supply 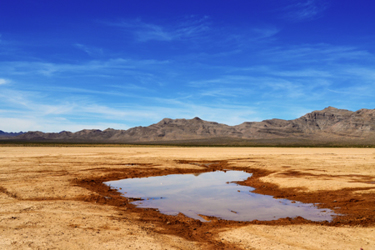 Drinking water is obviously affected by the persistent drought plaguing the U.S. — but not just in terms of its supply. Learn the other effects, including degraded water quality, and how to combat them.

Climate change and human-induced droughts are wreaking havoc on life as we know it.

Droughts are prolonged periods of dry weather caused by a lack of precipitation, resulting in extreme water shortages for activities, populations, and ecological systems. They can also be defined as an extended imbalance between precipitation and evaporation. Droughts are also caused by human activity such as outdated water management processes, increased demand, over-farming, and more.

Nearly a century ago, President Franklin D. Roosevelt and America faced the negative ramifications of droughts during the unprecedented “Dust Bowl” of the 1930s. The Dust Bowl was a six-year long dust storm and drought that permanently damaged the Great Plains’ ecology, agriculture, and water systems. It also relocated nearly 2.5 million Americans who depended on farming and public water sources for survival.

From a federal response standpoint, President Roosevelt created the blueprint for how world leaders should respond to environmental catastrophes, especially those that negatively impact our water supply. His blueprint is still referenced by federal and local governments as well as environmental and water professionals.

Sadly, we are still experiencing the negative effects of droughts in 2021, and our response blueprint needs to be modernized for the unique challenges of today.

According to the U.S. EPA, 20 to 70 percent of the U.S. land area experienced conditions that were abnormally dry from 2000 to 2020. Moreover, according to the NOAA National Centers for Environmental Information (NCEI), damages from droughts have cost the U.S. $249.7 billion from 1980 to 2019.

For these reasons, a private and public sector unified approach is needed to better equip federal and local governments with the resources needed to respond to droughts. Also, consumers and water professionals should be educated on how they can conserve water through daily behavioral changes and by investing in devices that conserve and efficiently use water.

Droughts, in addition to warming temperatures, can result in water supply chain disruptions and interruptions in home life. Unlike other catastrophic disasters, droughts do not appear suddenly but develop over time. They are also becoming increasingly hard to predict because the water supply data from past years are not reliable due to climate change’s steadily altering the level of water in areas. Other negative implications of droughts include:

Droughts can decrease the water supply in impacted areas, such as what we are seeing in Arizona and other southwestern states. This creates significant challenges for farmers, power companies that rely on hydroelectric power, and water companies that may experience increased maintenance and repair fees. If gone unaddressed, this could ultimately result in water restrictions being implemented on homes and businesses.

Evaporation of water can cause the concentration of total dissolved solids (TDS) in the water to increase, which impairs water quality. Increases in TDS can harm the aquatic ecosystem, make the water corrosive, and cause the taste of the water to decline.

Droughts, in tandem with higher temperatures, are a recipe for wildfires because of dry soils and increased evaporation. The toxic chemicals and smoke stemming from the fires and the materials used to extinguish them are then released into water systems. This results in increased water contamination during a time when the water supply is already low.

Droughts can also result in long-term negative public health outcomes. The number of cases of respiratory illnesses and diseases typically increases during droughts due to the decline in water quality and supply. Those who do not have the means to relocate from drought-prone areas will ultimately have shorter life spans than those who do not live in these areas.

How To Prepare And Respond

To improve the public’s understanding of drought best practices, we should:

Water professionals should spark conversations with consumers during droughts on how best to conserve water. Methods such as reduced showers, checking for leaky pipes, and investing in drain flow restrictors have been proven to be effective in reducing water usage.

Local governments should educate the public on how to best prepare for droughts. This could include storing an appropriate level of bottled water in case of emergencies and stocking up on food that does not require much water to prepare. Moreover, for those who may be struggling financially and/or are housing insecure, local government should publicize the locations of cooling centers and bottled water distribution to prevent heat-related illnesses.

Water professionals should promote devices, such as toilets, sinks, showers, and landscaping fixtures, that conserve and efficiently use water. Investing in these devices can ensure that water supplies are being used responsibly without consumers even being aware of the change.

For those who fear that their water may have been contaminated during a drought, it is recommended that you read your water quality report to see what contaminants are listed. You should then focus on purchasing a water treatment system that is third-party certified by an organization such as NSF International. NSF and other third-party certification organizations ensure that treatment systems are safe to use with drinking water and won’t leak, and that the manufacturer’s claims are indeed true. Be sure to check that the water treatment device that you purchase is approved to treat the contaminants that are listed in your water quality report.

Time is of the essence. We have witnessed enough economic, environmental, and human wreckage from droughts caused by warming temperatures to know that they are a significant threat to human life.

For these reasons, a unified approach is needed between the public and private sectors to ensure that consumers know how droughts can impact their water supply. The onus is on federal and local governments, as well as water professionals, to be public health champions and ensure this information is accessible to all.

If we come together and commit to this cause, we can make certain that we are prepared for what tomorrow may bring. If we do not, we stand to lose a once-in-a-generation opportunity to turn the dial back on the significant progress made thus far. 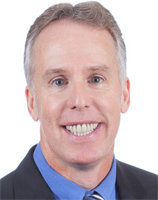 Rick Andrew, MBA, is the Director of Global Business Development, Water Systems for NSF International in North America. Rick has 30 years of experience in preserving and maintaining clean drinking water and is responsible for NSF’s global sales and structuring of water-related programs. He joined NSF in 1999.