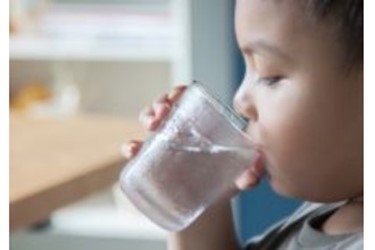 EWG: PFAS Chemicals Must Be Regulated as a Class, Not One by One

The known extent of contamination of American communities with the toxic fluorinated compounds known as PFAS continues to grow at an alarming rate, with no end in sight. As of March 2019, at least 610 locations in 43 states are known to be contaminated, including drinking water systems serving an estimated 19 million people.

The latest update of an interactive map by EWG and the Social Science Environmental Health Research Institute, at Northeastern University, documents publicly known pollution from PFAS chemicals nationwide, including public water systems, military bases, military and civilian airports, industrial plants, dumps and firefighter training sites. The map is the most comprehensive resource available to track PFAS pollution in the U.S. 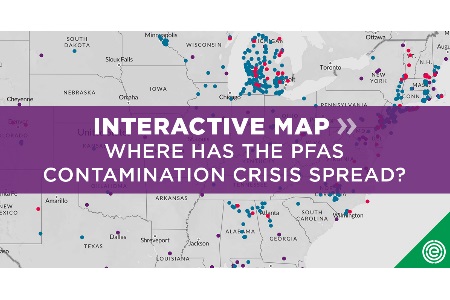 The last time the map was updated, in July 2018, there were 172 contaminated sites in 40 states. This update draws from new data sources, so it is not directly comparable with the previous edition. But clearly, the crisis is spreading, and the new data may represent just the tip of a toxic iceberg.

PFAS chemicals, used in hundreds of consumer products, have been linked to weakened childhood immunity, thyroid disease, cancer and other health problems. PFOA, formerly used to make DuPont’s Teflon, and PFOS, formerly in 3M’s Scotchgard, have been phased out in the U.S., but manufacturers have replaced them with chemically similar, largely untested compounds that may be no safer. According to the Centers for Disease Control and Prevention, PFAS chemicals contaminate the blood of virtually all Americans.

“The Environmental Protection Agency has utterly failed to address PFAS with the seriousness this crisis demands, leaving local communities and states to grapple with a complex problem rooted in the failure of the federal chemical regulatory system,” said Ken Cook, president of EWG, which has studied these compounds for almost two decades. “EPA must move swiftly to set a truly health-protective legal limit for all PFAS chemicals, requiring utilities to clean up contaminated water supplies.”

“The updated map shows that PFAS contamination is truly a nationwide problem, impacting millions of Americans in hundreds of communities,” said Phil Brown, a professor of sociology and health sciences at Northeastern University and director of the Social Science Environmental Health Research Institute. “Leaders in many communities and states are doing great work to raise awareness about PFAS and push for cleanup, but this is a national crisis demanding national action. The EPA should act more quickly to evaluate all PFAS chemicals and restrict their use, and polluting industries should be held responsible.”

Michigan has 192 sites on the map, reflecting a testing program more comprehensive than anywhere else. It reinforces the fact that PFAS chemicals are everywhere – when you look for them, you find them. California has 47 known contamination sites and New Jersey has 43.

The map also shows contamination of 117 military sites, including 77 military airports, a legacy of the Pentagon’s 50-year history of using PFAS-based firefighting foam.

There are no legally enforceable limits for PFAS chemicals under the federal Safe Drinking Water Act. The EPA’s non-binding health advisory level for drinking water is 70 parts per trillion, or ppt, for PFOA and PFOS, separately or in combination.

Last year the federal Agency for Toxic Substances Disease Registry proposed safe levels that roughly translate to 7 ppt for PFOS and 11 ppt for PFOA. Based on the best available science and emerging evidence of harm from the entire class of these chemicals, EWG is today proposing drinking water and cleanup standards for all PFAS chemicals as a group at 1 ppt. This is a health-based level that will fully protect public health for the most vulnerable populations, and does not depend on economic or political considerations.