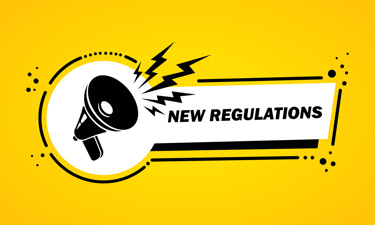 After years of lobbying from environmentalists and concerned consumers, as well as mounting questions for industrial wastewater treatment operations around the country, the U.S. EPA has announced that it will propose the first-ever rules to limit the amounts of per- and polyfluoroalkyl substances (PFAS) that can be discharged in effluent.

“In a new plan .... the agency affirmed that it would propose a rule setting limits for PFAS wastewater discharges from facilities that manufacture the substances, as well as from chromium electroplating facilities,” The Hill reported. “The new report indicates that ‘EPA has determined that the development of effluent guidelines and standards for PFAS manufacturers is warranted.’”

“To protect drinking water supplies, recreational waters, and aquatic ecosystems, it is essential that we utilize the latest scientific and technological breakthroughs in wastewater treatment,” EPA Assistant Administrator Radhika Fox said in an announcement about the guidelines program plan. “This plan illustrates one way that EPA is following science to better protect public health and the environment. Importantly and for the first time, EPA is committing to limit PFAS in wastewater discharges.”

PFAS, also known as “forever chemicals” because of their long-lasting impacts, have long been on the radar of drinking water and wastewater treatment operations because of their ties to health issues following consumption. Though the EPA has advised operations to limit their presence, and several states have taken their own actions to limit PFAS presence in drinking water, this forthcoming regulation will be seen by many as critical to protecting public health.

The EPA expects its upcoming rules to impact tens of thousands of operations around the country.