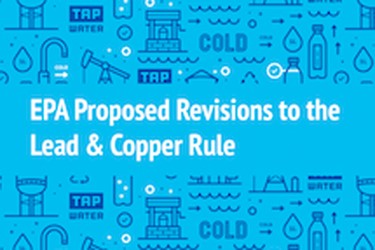 On October 10th, EPA Administrator Andrew Wheeler announced the long-awaited proposed revisions to the Lead and Copper Rule (LCRR) which was promulgated nearly 30 years ago under the Safe Drinking Water Act. Previous revisions to this rule were fairly minor and, while the new proposal stops short of requiring the removal of all Lead Service Lines and maintains an Action Level of 15 ppb, there are some meaningful and significant changes in its nearly 350 pages. A combination of regulation and public awareness regarding lead risks has been effective and, as the proposal points out, the median blood lead level among children in the US has decreased by 95% since 1976. However, even low levels of lead can pose risks to children’s developing brains and bodies and lead can also be harmful to adults. Based on our early review of the proposal, the LCCR seeks to further decrease lead exposure in the US through changes in the following key areas.