What Now? EPA Priorities In The Trump Era

The U.S. EPA has a job to do despite having its financial and human resources trimmed by the new presidential administration. Three U.S. EPA Office of Water directors, presenting at the 2017 Water & Wastewater Equipment Manufacturers Association (WWEMA) Washington Forum, laid out action plans for addressing the nation's most pressing water-quality threats in a manner that can (or must) achieve results efficiently.

Held on World Water Day, March 22, the Forum hosted Peter Grevatt from the Office of Ground Water and Drinking Water, Andrew Sawyers from the Office of Wastewater Management, and Betsy Southerland from the Office of Science and Technology. Though it was recently revealed that President Trump's 2018 budget proposal reduces the EPA's budget by 31 percent, a cut deeper than any other federal office, the trio was affable and optimistic in the face of adversity, even as a reported 56 EPA programs and nearly 4,000 staffers await termination, per the Washington Post.

The regulatory bar may not be set much higher in the coming years — the Trump administration is loath to increase regulatory “burdens” or costs — but existing mandates and water-quality criteria must still be satisfied and enforced, regardless of the state of the agency. Thus the challenge for the EPA is to do more with less, or at least hold the line with less. Some spending is afoot, however, as long-awaited federal funding finally passed through Congress to help water and wastewater authorities meet current and new standards — specifically regulations that had genesis in the Obama administration but have yet to be finalized.

Here’s what each had to say about their respective Offices’ priorities. 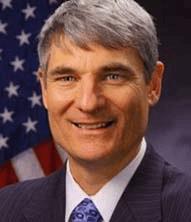 Acknowledging that “Last year was really pretty dramatic for us” due to the Flint, MI lead crisis, Grevatt said the main priority for OGWDW is to make sure a Flint-style tragedy doesn’t happen again. That mission will play out in two ways in terms of regulations:

Referring to the revised LCR, Grevatt stated, “You can be assured it’s not going to be a minor rule,” noting that the original 1991 LCR was “one of the most expensive [regulations] put out.”

In fact, he cited two recommendations by the EPA’s National Drinking Water Advisory Council (NDWAC) that he called “surprising” in terms of scope, starting with the council’s recommendation that the updated LCR include a mandatory proactive lead service line component.

“That's a big deal when you imagine that there are between 6 and 12 million lead service lines in the country today,” according to Grevatt, and that a “relatively conservative estimate” for replacement is $5,000 per line.

The second surprise was that NDWAC recommends that LCR revisions include a health-based household action level for lead — a concentration of sufficient concern to a particular home that it would trigger action from the state health department. The appropriate level has yet to be determined, but it likely won’t be the 15 ppb action level under the current LCR, which targets the point of corrosion rather than health effects. Grevatt stated that draft models set for peer review this summer have been designed to understand the relationship between concentrations of lead in drinking water and concentrations in the blood of children, and that this work will be a fundamental component of the household action level.

The OGWDW is under a court-ordered deadline to develop a maximum contaminant level (MCL) for perchlorate, a man-made chemical used in the production of rocket fuel and various explosives that the EPA considers a “likely human carcinogen.” Once used widely within military, defense contracting, and aerospace programs, perchlorate persists in groundwater and is even present in some fertilizers and food products. The next regulatory step, Grevatt stated, is the development of a maximum contaminant level goal (MCLG), which equates to a safe level of perchlorate. “That will be a very important determination in terms of how we might formulate a rule,” he said, indicating that public meetings will commence this summer to develop the MCLG. 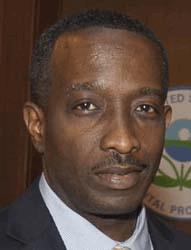 The two themes driven hard by Sawyers at the conference were affordability and technology development, and how wastewater operations can leverage the latter to help with the former.

“How can you use technology to enhance revenues?” he asked, rhetorically.

One clear answer for Sawyers is the use of “smart” water technologies, namely sensors in the distribution system. “Sensors within the system can tell you what to shut off, what to divert. That helps to really address many issues — ways to predict and mitigate rain events that are harmful to the system, help with storage … [there are] so many benefits.”

The idea is for municipalities to generate revenue so that they can fund their own improvements. Analytical instruments such as sensors, by virtue of improving operational efficiency — or technologies for resource recovery, cogeneration, etc. — have the potential to be revenue-generating. But they also come with upfront cost.

To help municipalities acquire such capital, Sawyers touted the EPA’s new funding initiative, the Water Infrastructure Finance and Innovation Act (WIFIA), which provides low-interest loans based on U.S. Treasury rates for a term up to 35 years. According to the EPA:

“WIFIA provides another option for financing large infrastructure projects — generally at least $20 million — in addition to the State Revolving Funds and bond market. WIFIA is available to state, local, and tribal governments; private entities; partnerships; and State Revolving Fund programs. EPA estimates that funds appropriated to the WIFIA program can be leveraged at a ratio greater than 50 to one, which means the $17 million program budget could allow EPA to make approximately $1 billion in loans and stimulate about $2 billion in total infrastructure investment.” Learn more here.

Sawyers noted that, because water and wastewater utilities have such good credit historically, that robust participation in the program could provide loan totals even greater than the $1 billion projected.

Southerland identified three priorities for OST, which is the EPA office responsible for developing recommended safe water-quality levels of constituents for public drinking water, as well as for fish and recreational swimmers. Those priorities center on a singular issue: nutrients.

No longer merely an environmental concern, the algal blooms that result from excessive nutrient loads have progressed to a human health concern. These harmful algal blooms (HABs) cause eutrophication that kills off marine life; more importantly, however, they release neurotoxins that have been linked to nervous system, liver, and skin maladies in humans. Notoriously, the City of Toledo, OH, was forced to shut down its public water system for two days in 2014 due to algae contamination.

“The public, and maybe state legislators, were not as motivated to take on a really difficult, expensive thing like nutrient control when they thought it some wonky ecological risk issue,” said Southerland.  “Now, we're hoping that it's going to generate more public support, interest, and funding.”

For Fiscal Year 2017, Southerland is “hopeful” that OST will:

The recommendation for Lake Numeric Nutrient Criteria would be to abide by the strictest standard to come out of three different scenarios concerning nitrogen and phosphorus — the safe level for swimming, for drinking water, or for aquatic life.

The National Study of Nutrient Removal and Secondary Technologies is aimed at helping small, underfunded wastewater treatment facilities reduce nutrients without buying new equipment. Southerland explained: “Many small systems cannot afford to go to BNR [biological nutrient removal] treatment. We wanted to find a way, without having to upgrade your treatment and the very expensive capital cost of that, to just enhance your O&M so that you can reduce your nitrogen and phosphorus discharges.”

These non-tech solutions might include process changes to improve aeration, utilize excess capacity, recycle effluent, etc. Such methods have been shown in a limited number of case studies to reduce total nitrogen (TN) and phosphorus (TP) by up to 50 percent, but much more data is needed. OST is conducting a voluntary census — a questionnaire it hopes to send to all publicly owned treatment works (POTWs) by the end of the calendar year — to collect information for a proposed national database that would eventually include scores of additional case studies and, ultimately, an official record of best practices.

With or without new regulations, a continuous drive toward improved water quality, and the necessary guidance to get there, is led by committed EPA agents such as Grevatt, Sawyers, and Southerland. And that’s cause for some optimism, even in trying times.