EPA Official Says Flint Should Not Have Flushed Hydrants 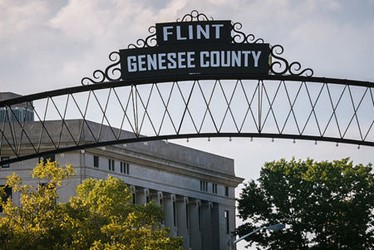 An EPA official stated last week that Flint officials should not have flushed hydrants before testing for lead during the water crisis.

“Miguel Del Toral, a regional groundwater regulations manager for EPA, testified Wednesday, Sept. 19, in Genesee District Court that intensive flushing — common in Flint during the water crisis — had the potential to skew test results by clearing contaminants that would normally be present,” MLive reported.

“Del Toral became a hero to many in Flint for authoring an interim report on high levels of lead in city water on June 24, 2015. His conclusion flew in the face of repeated assurances about the safety of Flint water by city and state officials at the time,” the report continued.

"This has the effect of essentially removing the high levels of (contamination) prior to collecting ... samples," Del Toral said. "I would definitely not recommend doing this ahead of compliance sampling."

At the same time, he said, Flushing can be a helpful practice in other circumstances.

Michigan removed “pre-flushing” from its state water testing rules in the wake of the Flint water crisis, according to The Guardian.

Del Toral testified as part of court proceedings related to the Flint crisis.

“Testimony resumed [last week] in a preliminary examination tied to criminal proceedings in the Flint water crisis. Michigan Department of Health and Human Services employees Nancy Peeler and Robert Scott are both charged with misconduct in office, conspiracy and willful neglect of duty,” NBC25 News reported.

Prosecutors argue that Peeler had access to a report showing high blood lead levels in Flint children but held that information back, MLive reported.

“Scott, data manager for the Healthy Homes and Lead Prevention program, worked with Peeler to create a second report, issued two days after the initial report, according to prosecutors, indicating no statistically significant rise in blood lead levels occurred during the same time,” the report continued.

Attorneys for Peeler and Scott deny the charges.