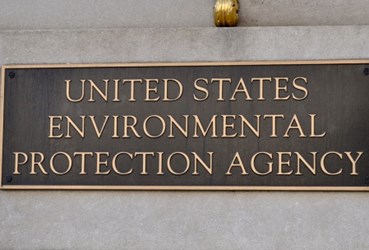 In the U.S., chlorine has always been king when it comes to wastewater disinfection. But the EPA is investigating a “greener” alternative that could dethrone the chemical disinfectant. Peracetic acid (PAA) is gaining attention for its ability to reduce or eliminate disinfection byproducts (DBPs), sodium pollution, and total dissolved salts in treated water. It has been regularly used as a wastewater and stormwater disinfectant in Europe and Canada for the past 30 years, but only recently caught the attention of the U.S. market.

“PAA has been used as a disinfectant in the food industry for years, but it didn’t catch on in the U.S. as a wastewater disinfectant because chlorine-based products were so prevalent. But now as alternatives are becoming more common, people are starting to really understand the advantages of PAA and interest has really picked up,” says John Maziuk, technical marketing manager at Solvay Chemicals.  Solvay has signed a Cooperative Research and Development Agreement with the EPA to conduct laboratory-scale, bench-scale, and field tests to study the effectiveness of PAA to destroy E. coli and other pathogens in wastewater.  Much of the testing is taking place in Ohio, in conjunction with the Metropolitan Sewer District of Greater Cincinnati and the EPA’s Ohio water cluster.

PAA is a clear, colorless liquid made up of peroxide and acetic acid. It does not affect effluent toxicity, so it does not need to be removed as chlorine does. Its use doesn’t result in toxic residuals, mutagenic, or carcinogenic compounds after disinfection.

Switching to PAA requires little retrofit for wastewater treatment plants.  According to an EPA fact sheet created with Solvay, most systems in the U.S. receive PAA in 300-gallon or smaller one-way disposable totes. The most expensive item for a tote system is a flow-paced pump skid that costs less than $50,000 for a 50-MGD facility.

“There isn’t going to be high startup costs for plants that move to PAA,” says Maziuk. “It can be implemented in one simple step.”

The product is also easier, and often times safer, to store than conventional disinfectants, explains Maziuk. In storage, it exhibits less than 1 percent decrease in activity per year.

“It has a very low freezing point, and is much more stable than bleach or chlorine,” he says.

According to the EPA, PAA is a stronger oxidant than hypochlorite or chlorine dioxide, but not as strong as ozone. Its effectiveness depends on the characteristics of the wastewater, the concentration of PAA, the amount of time the microorganisms are exposed to the PAA, and the reactor configuration. The EPA’s fact sheet on PAA describes how it destroys bacteria.

“When PAA decomposes in water, the free radicals hydrogen peroxyl (HO2) and hydroxyl (OH) that are formed have great oxidizing capacity and play an active role in the disinfection process,” reads the report. “It is generally believed that the bacteria are destroyed because of protoplasmic oxidation resulting in cell wall disintegration (cell lysis).”

The dosage depends on the target organism, the water quality, and the level of inactivation required. For example, a dosage of 5 mg/L 15 percent PAA, with contact time of 20 minutes, can reduce fecal and total coliform by 4 to 5 logs in secondary effluent, according to an EPA report on emerging technologies.

However, PAA is less effective for inactivation of spores, viruses, and protozoa including Giardia and Cryptosporidium, according to the report.

In addition to investigating PAA as a wastewater disinfectant, the EPA is studying its effectiveness for stormwater treatment. This was prompted by increasing concerns about the negative environmental impact of using chlorine to treat combined sewer overflows (CSOs).

“With stormwater you have sudden influxes of water at once,” he says. “Something like ultraviolet disinfection doesn’t always allow you enough hold-up time to treat the water effectively.”

The Future Of PAA

The EPA will continue evaluating PAA for the next couple of years, says Maziuk. He hopes that the organization’s findings help validate PAA as an effective wastewater and stormwater disinfectant and make more people comfortable with using it.

Education is what is needed most for PAA to be used more prevalently in the U.S.

"At this stage we are just trying to get the word out about PAA,” says Maziuk. “I see PAA as another viable option. Over time, I do think people might be saying 'I don’t want to use chlorine and bleach anymore, this alternative works best for me.'"