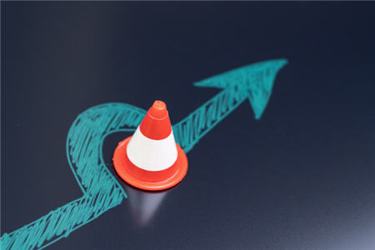 The U.S. EPA has opted not to impose regulations on perchlorate, a toxic chemical that has been found to contaminate drinking water, has been linked to adverse health effects in infants, and had appeared close to receiving regulatory limits.

Perchlorate is a compound used in fertilizers and rocket fuel, and scientific research has found that its spread in drinking water may cause fetal and infant brain damage. Federal regulators have been investigating that threat since the early ’90s and in 2011, the EPA announced that it would regulate the chemical under the Safe Drinking Water Act. However, industrial operations that leverage perchlorate have fought that decision and have now apparently dissuaded the EPA from following through.

“According to [EPA] staff members, who asked not to be identified because they were not authorized to speak about agency decisions, the E.P.A. intends in the coming days to send a federal register notice to the White House for review that will declare it is ‘not in the public interest’ to regulate the chemical,” The New York Times reported. “The new policy will revoke the 2011 E.P.A. finding that perchlorate presents serious health risks to between 5 million and 16 million people and should be regulated. To justify doing so, the Trump administration will cite more recent analyses claiming concentrations of the chemical in water must be at higher levels than previously thought in order to be considered unsafe.”

As with many potentially harmful contaminants that appear in drinking water around the country, perchlorate has been on the EPA’s radar as an “emerging contaminant” that may receive regulatory action, but without any formal rules to date. It appears that, given available evidence, there are many groups who support EPA’s decision not to pursue stricter action.

“In comments last year, both the American Chemistry Council and the American Water Works Association recommended that the EPA withdraw the 2011 determination to impose a national standard,” according to The Washington Post. “[The] executive director of government affairs for the water works association wrote that regulating perchlorate would not present a ‘meaningful opportunity’ to reduce health risks, and that the benefits of such regulation would not justify the costs.”

But as with any high-level drinking water contaminant issue, the decision not to regulate perchlorate drew criticism from health advocates as well.

“The science on perchlorate is very clear: It harms infants and the developing fetus,” said Olga Naidenko, senior science adviser for children’s environmental health at the Environmental Working Group, according to The Hill. “Instead of taking action to lower the levels of this rocket fuel chemical in drinking water, the administration’s plan will endanger the health of future generations of kids.”