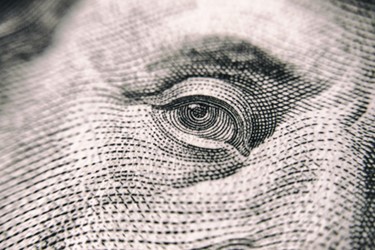 Americans should feel confident that the water delivered to their homes by a public water system is safe to drink. But when residents of Martin County, Kentucky turn on their taps, the water may be discolored, smell like bleach, and make children itch after bathing. Last summer, the people of Salem, Oregon were told not to drink their tap water, which was contaminated with algae. And of course, the slow-motion lead-poisoning disaster in Flint, Michigan is sadly too familiar.

U.S. EPA Administrator Andrew Wheeler says that unsafe drinking water, not climate change, is the world’s greatest environmental challenge. So it should be no surprise that EPA’s budget proclaims “clean and safe water” as a central agency goal.

What is surprising is that the EPA budget proposes jaw-dropping cuts of $1.4 billion from water protection and restoration programs.

The largest proposed cuts, $874 million, are to a pair of highly successful state revolving loan funds that support critical water and wastewater treatment infrastructure projects. According to the EPA, these funds enable states to “protect public health, protect valuable aquatic resources, and meet environmental standards benefiting hundreds of millions of people.” The budget calls for each state to receive a 26 percent cut from the drinking water fund and 34 percent from the clean water fund.

Those funds have accomplished a great deal, but more is needed.

The budget strikes a blow to the most vulnerable communities by taking $27 million — 90 percent of current funding — from water infrastructure for poor and isolated Alaska Native and U.S.-Mexico border communities that lack access to basic sanitation and drinking water, such as toilets and indoor plumbing.

The budget reduces funding for EPA water pollution control programs by $48 million (19 percent), even though more than 210 million Americans — 2 in 3 — live within two miles of a polluted lake, river, stream, or coastal area. Moreover, polluted waters are being added to the list of impaired waters faster than restored waters are being removed, underscoring how hard it is to protect and restore watersheds and aquatic ecosystems.

And, despite Administrator Wheeler’s lip service to the importance of safe drinking water, the budget actually cuts funding for EPA drinking water programs by 8 percent.

Finally, the budget siphons more than $125 million from programs to protect and restore America’s great water bodies. It completely eliminates funding for programs to help the Gulf of Mexico, Long Island Sound, and Puget Sound, and cuts $67 million — 90 percent — from funding for the Chesapeake Bay.

In sum, the Trump/Wheeler EPA is talking out of both sides of its mouth: claiming strong support for “clean and safe water,” but drastically cutting support for water protection. Sadly, such hypocrisy has become standard fare at the Trump/Wheeler EPA. Clean water and safe drinking water are basic human needs, and access to them should be everyone’s right. America’s people and its environment deserve no less.

David F. Coursen is a former attorney in the EPA Office of General Counsel and serves in the leadership of the Environmental Protection Network, a nonprofit, volunteer organization of EPA alumni working to protect the agency's progress toward clean air, water, land, and climate protections.