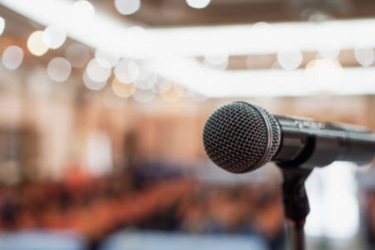 During a speech to commemorate the U.S. EPA’s 50th anniversary, its leader laid out the vision for its operation during a potential second term of President Trump’s administration.

EPA Chief Andrew Wheeler denounced political opponents of Trump and their own environmental objectives — primarily the curbing of climate change — while vowing that the agency would focus on community-based environmental protections if Trump were reelected.

“Unfortunately, in the past decade or so, some members of former administrations and progressives in Congress have elevated single issue advocacy — in many cases focused just on climate change — to virtue-signal to foreign capitals, over the interests of communities within their own country,” Wheeler said, according to AP News.

Rather than putting resources toward preventing climate change, Wheeler explained that the EPA would focus on more locally-focused environmental protections and clarification around its rules in a second Trump term.

“In his remarks, Wheeler said that if Trump is re-elected EPA would support ‘community-driven environmentalism’ that emphasizes on-the-ground results such as faster cleanup of Superfund toxic waste dumps and abandoned industrial sites that could be used for new business,” AP reported. “He pledged to require cost-benefit analyses for proposed rules and to make public the scientific justification for regulations, saying it would ‘bring much needed sunlight into our regulatory process’ and saying opponents ‘want decisions to be made behind closed doors.’”

Critics of Wheeler’s tenure at the EPA have pointed out that the agency’s mandate is to address issues like climate change and have expressed skepticism about the potential for a focus on climate resiliency and protecting the country’s climate-vulnerable populations.

“Every one of the actions they have taken, either by weakening or rolling back basic protections, has put environmental justice communities — front-line communities — in greater harm,” Mustafa Santiago Ali, a former EPA official who now works for the National Wildlife Federation, told The Washington Post. “I have seen no actions that lead me to believe they have any interest in protecting those lives.”

Though critics may not agree with EPA’s direction or believe Wheeler’s promises, any indication of direction for the country’s foremost environmental regulator will almost certainly have implications for the nation’s drinking water and wastewater treatment operations. Those stakeholders will want to keep an eye on how EPA processes develop from here.