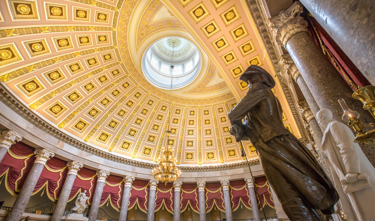 As environmental advocates continue their battle against per- and polyfluoroalkyl substance (PFAS) contamination in drinking water, they are encountering resistance from the treatment operations that could be impacted by new legislation.

PFAS are a group of industrial compounds that have found their way into water supplies across the country and have been connected to serious health problems. They are also known as “forever chemicals” because they do not break down in the environment and remain in the bloodstream long after being consumed via drinking water.

As communities across the country have fought to get PFAS levels more strictly regulated in their drinking water supplies, the U.S. Congress has introduced dozens of bills that address the chemicals. With this increased legislation, lobbying has risen as well. In 2017, just four entities mentioned PFAS contamination in their lobbying reports; by 2019, that number rose to 164, according to Bloomberg Law.

“More water utilities — which have pushed back against certain provisions to clean up PFAS — have lobbied on regulation of the chemicals than any other group,” Bloomberg Law reported. “The utility associations argue that more research is needed to understand the health impacts of ... PFAS, and that the EPA already has authority under the Safe Drinking Water Act to regulate them.”

Stricter limits on PFAS levels in drinking water would burden the nation’s utilities with additional treatment requirements, which could be expensive and technically difficult to meet. But the resistance has surprised some environmental advocates.

“I continue to be shocked that people charged with keeping our water clean have been among the most vocal opponents of getting PFAS out of our water, and are in many respect just as bad as many of the polluters whose mess they are charged with cleaning up,” Scott Faber, a representative of the nonprofit advocacy group Environmental Working Group, told Bloomberg Law.

Though some communities have held PFAS polluters financially responsible for the contamination, many proposed laws place the responsibility to clean PFAS on water utilities — a point of ire for lobbyists who are working to thwart those proposals.

“[Water utilities] are on the hook for providing the treatment and passing those costs onto customers,” Mark LeChevaillier, a consultant who used to work for American Water, told Bloomberg Law. “Whereas the original polluter, there’s no legislation — you’re paying for someone else’s pollution.”