Environmental Racism In America: How It's Affecting Vulnerable Communities 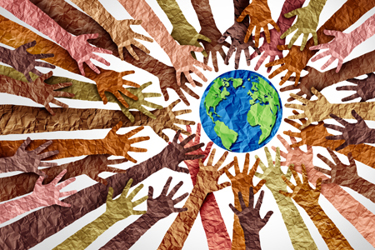 The history of decisions that have led to environmental pollution, with impact on some more than others, calls for corrective measures to atone for the injustice.

Environmental racism is a kind of systemic racism in which industrial facilities are located in low-income neighborhoods, particularly communities of color. This results in a polluted environment, which frequently results in health problems such as asthma, the most prevalent chronic disease in the U.S., impacting over 6 million children. In comparison to white children, black children are disproportionately harmed since studies found that they are 79 percent more likely to reside in communities where industrial pollution is thought to pose the highest health risk.

Fossil fuel facilities are suspected of contributing to increased death rates in these areas because of exposure to the pollutants they create. Before environmental racism was widely acknowledged, a report by the U.S. General Accounting Office in 1983 studied the race distribution of persons in hazardous waste settings, including landfills and power stations. They discovered that 75 percent of the areas located near hazardous landfills had a predominance of Black residents. Affecting climate change can be possible only if we are aware of and address how socioeconomic disparities relate to it. In order to present the full narrative of climate change, we must first recognize that it isn’t an issue that impacts everyone equally, but rather one that has a bigger impact on people who are suffering from other challenges.

What Exactly Is Environmental Racism?

When we talk about environmental racism, we are talking about how people of color are often forced to bear more of the burden of environmental hazards than white and higher-income groups. This discrimination is frequently systemic, as a result of inadequate or poorly enforced laws and regulations for polluting sites located in or near lower-income communities of color.

People of color are more likely to be exposed to a range of dangerous pollutants than white and higher-income populations, leading to much higher rates of major health issues in communities of color, including cancer, lung disorders, and heart attacks, as well as a greater prevalence and severity of asthma and lower birth weights, and a higher prevalence of hypertension.

While uncovering the diverse effects of poverty and race may be difficult, a growing body of research points in one direction: Oftentimes, race serves as a more trustworthy indication of pollution proximity than economic success alone. According to 2018 research done by U.S. EPA experts, individuals of color have a 28 percent greater health burden than the overall population as a result of living near businesses that release particle pollution. To be sure, community wealth is frequently a determining factor in environmental policy, particularly when it comes to land use, zoning, building permits, and regulatory enforcement. As a result, low-income families of all races are exposed to higher levels of pollution than wealthier ones.

When fossil fuels are burned, hazardous pollutants such as fine particles and ground-level ozone are released. Carbon dioxide and other greenhouse gases generated as a result of this process intensify the greenhouse effect and contribute to climate change. Nitrogen oxides, sulfur oxides, and carbon dioxide are produced during the burning of oil and coal, as are hydrocarbons, lead, soot, and heavy metals. Surface coal mining operations such as strip mining and mountaintop removal result in the discharge of hazardous substances such as heavy metals and arsenic. By contaminating streams, these chemicals pollute communal groundwater. Chemicals used in natural gas production, notably fracking, are dangerous and are often kept in open-air waste pits, where they release poisons into the air. These hazardous compounds have a detrimental effect on human health, inflicting both physiological and psychological suffering.

Particles generated by fossil fuel burning can remain in the atmosphere for weeks and travel hundreds of kilometers. When we breathe, toxic particles enter the lungs and are transported into the blood stream. Global climate change, according to the United Nations, is already responsible for 400,000 premature deaths each year, and current statistics indicate that pollution kills three times as many people as AIDS, TB, and malaria combined.

The U.S. has a long-standing history of toxic exposure — for example, asbestos in 1900, followed by such events as toxic exposure and contamination in the military and around military bases, and recent discoveries of “forever chemicals” (PFAS) contamination and heavy metals contamination that has even affected baby foods. However, aside from this, there are some striking examples that perfectly illustrate the notion of environmental racism and how vulnerable communities are affected.

One of these examples is what happened in Flint, MI, when it switched to the Flint River as its water supply in 2014 to save money. However, it did not apply suitable water purification methods, exposing the city’s 100,000 citizens, most of whom were African American, to pathogens like E. coli and Legionella, as well as pollutants like lead. The water’s low quality resulted in a horrible odor and discoloration, and despite widespread complaints from the residents regarding hair loss and skin issues, the city took no action for 18 months. Twelve persons died of Legionnaires’ illness during this time period. The Michigan Civil Rights Commission described the situation as a catastrophe stemming from Flint’s history of segregation, which limited communities of color to regions with poor services.

Another striking example is the contamination of the San Joaquin Valley with arsenic, which is a naturally occurring chemical element in groundwater that is increased by agricultural operations. Industrial usage such as wood treatment techniques and pesticides contributed to the natural accumulation of arsenic in the San Joaquin Valley, California, while irrigation and drainage operations then contributed to its spread and accumulation in shallow groundwater levels. However, in the San Joaquin Valley, the primary supply of drinking water for about 1 million persons is groundwater, with low-income areas and communities of color facing the greatest risk. Prolonged arsenic exposure can result in the development of multiple types of cancer.

Maybe the most serious example stems from Louisiana’s “Cancer Valley,” a region that has been given this name due to the high prevalence of cancer among its community, most likely tied to the high levels of industrialization and pollution present in the area. A 2021 study expressed worry about industrializing the tract of land between Baton Rouge and New Orleans in Louisiana, called “Cancer Alley.” According to the paper, pollution from present construction puts local residents, most of whom are Black, in danger of developing cancer and respiratory ailments, among other maladies. This indicates that federal environmental restrictions are failing to adequately safeguard citizens.

The issues in Louisiana’s Cancer Valley are contemporary and egregious manifestations of environmental racism. Industrialization breaches the basic human rights of the mostly African American population by putting them at a disproportionately high risk of incurring health problems.

What Are The Long-Term Health Consequences, And What Can Be Done?

Numerous hazardous industrial byproducts have major long-term adverse health consequences. Businesses must develop suitable methods for filtration, treatment, incineration, disposal, emissions, and the usage of poisonous or hazardous products to mitigate these health problems. Whether it’s PCBs, dioxins, furans, benzene, PFAS, uranium, or particulate matter, businesses have typically used the cheapest and quickest means of disposing of anything they don’t want. As an added incentive for businesses, penalties are sometimes less expensive than following the regulations. Stricter EPA laws mandating appropriate testing and recordkeeping, random inspections, and increased penalties have helped rein in some of the worst performers in recent years, but we still have a long way to go, and enforcement is inconsistent.

Pollution from industry has resulted in contaminated waterways and bad air for decades. As a result, lower-income populations have statistically increased rates of cancer; developmental and birth abnormalities; and cardiovascular, pulmonary, and endocrine illnesses, as well as a plethora of other toxin-related health problems. The demand for and cost of medical treatment exacerbates this challenge in regions already struggling with a lack of adequate economic prospects.

While many communities have suffered harm, actions must be made to mitigate or eradicate harmful community exposure in regions where it has gone uncontrolled. Policy changes, such as tighter regulation, greater and more consistent enforcement, and increased fines, are all part of the answer. When the most cost-effective course of action is for a business to pay penalties while remaining careless or lax in its compliance with environmental rules, the policy has failed.

While everyone is aware of climate change and the impact of pollution on the global environment, altering the climate for those who live near the source of pollution is at the heart of both environmental and racial injustice. Emphasizing the rectification of environmental racism’s widespread consequences will assist in shifting the systemic racism imbalance.

The Biden Administration is taking steps to right past wrongs and establish a more just future for all communities with its plan to secure environmental justice and equitable economic opportunity. Amongst other things this plan promises to:

This decade will be vital for reorienting our economy along a climate-safe path, and the next year will be a critical opportunity for action to get us started. By commencing a fossil fuel phaseout, President Biden can keep his commitments to challenge systemic racism and address the climate catastrophe.