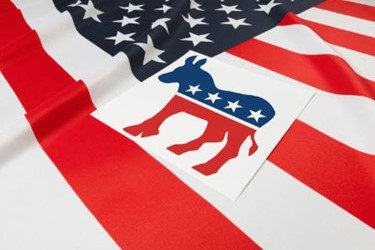 There’s little doubt that the field of candidates vying for U.S. presidential election in 2020 represents a wide array of views on nearly every issue. But two Democratic frontrunners now appear unified on at least one major issue: the privatization of water systems.

Elizabeth Warren, a Democratic presidential nominee who leads her colleague according to some polls, released an environmental plan that emphasized the need for the nation’s water systems to be run publicly, among other things.

“America’s water is a public asset and should be owned by and for the public,” according to Warren’s plan. “A Warren Administration will end decades of disinvestment and privatization of our nation’s water system — our government at every level should invest in safe, affordable drinking water for all of us.”

More specifically, Warren advocates for harsher federal classification of per- and polyfluoroalkyl substances (PFAS), the reinstatement of the Waters of the United States (WOTUS) rule, and investment into public water system infrastructure.

The emphasis on public water system management puts Warren firmly in alliance with Bernie Sanders, who has advocated for the same approach in the WATER Act that he released in February 2019 and in the Green New Deal, an expansive legislative proposal to revamp the country’s approach to environmental issues.

“Sanders introduced the WATER Act, which would help municipalities or state agencies bring treatment works back into public ownership,” per Common Dreams. “Months earlier, in November 2018, Sanders gave a forceful rejection of privately controlled water after voters in Baltimore easily passed Question E, which bans the privatization of the municipal water and sewer systems.”

By discouraging private water systems, both Warren and Sanders are highlighting research that indicates this management structure is less safe for consumers than public utility management.

“The private water industry serves 73 million Americans, according to National Association of Water Companies data,” The Huffington Post reported in a story on Warren’s climate plan. “For-profit water services put public health at risk, a 66-page paper by University of Louisville law professor Craig Anthony Arnold argues, because the profit motive incentivizes companies to provide better services to customers who pay more and to maintain infrastructure with an eye to the length of the firm’s contract.”

While Warren alluded to these inherent flaws with privately-run drinking water systems, her plan did not outline whether or not she’d actively work against their formation as president. But it did make clear that if Warren were to become the next president of the United States, privately-run water systems would become far less common.