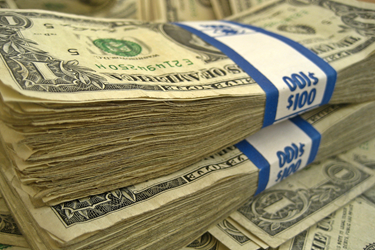 Are the challenging effects of the drought in the West a weather problem or an economic problem?

In a new report for the Hamilton Project at the Brookings Institution, a team of lawyers and professors argue that water problems in the West could be eased through economic policies that promote water trading between states.

"If there were ways to trade water, some farmers could cut back on the production of more water-intensive, lower-value crops and lease or sell the conserved water to desperate fruit and nut growers or thirsty cities," the professors said in a Wall Street Journal editorial.

"First, sensible water policy should allow someone who needs water to pay someone else to forgo her use of water or to invest in water conservation and, in return, to obtain access to the saved water. As a second step, state and local governments should facilitate these transactions by establishing essential market institutions, such as water banks, that can serve as brokers, clearinghouses, and facilitators of trade," the Brookings paper says.

But there are many barriers to a functional water market in the U.S.

"The way local, state and federal government allocates water can discourage the sort of market trading that should help get the resource in the hands of the people who will put it to its most valuable use. This has long been true in the West, where water rights can be passed down for more than a century and the law encourages sucking as much from the ground and the streams as you can possibly make use of," the Washington Post reported, citing the Brookings paper.

The current system is mired in inefficiencies, according to the paper.

“We need to use price signals to price water appropriately and encourage conservation,” said Robert Glennon, a law professor at the University of Arizona and one of the paper authors, per the Post. The current system is “a government bureaucracy that gives the most powerful interests all the water they want, for low cost.”