Drinking Water Protection — Are We Doing It Right?

“We have analytical instruments that can see things in astronomically small numbers, but are we looking for the right things?”

That rhetorical question was asked by Dr. Shane Snyder, co-director of the Arizona Laboratory for Emerging Contaminants (ALEC), in a speech given to the Water and Wastewater Equipment Manufacturers Association (WWEMA) during the organization’s annual meeting in November.

I might add to the question, based on Snyder’s presentation, “Are we looking in the right way?”

Snyder expressed concern about the many chemicals that are present throughout the water cycle, and how so few of them are regulated. He also cited flaws in current laboratory testing methods and the “glacial” pace of the federal rulemaking system as obstacles to safer drinking water.

What follows are images and explanation, compliments of Snyder, of the nature and danger of emerging contaminants, as well as prospective monitoring techniques for improved detection.

Found In The Water

Many contaminants of chemical origin — including pharmaceuticals and personal care products (PPCPs), pesticides, and industrial chemicals — are endocrine disruptors, which can play havoc with hormones. 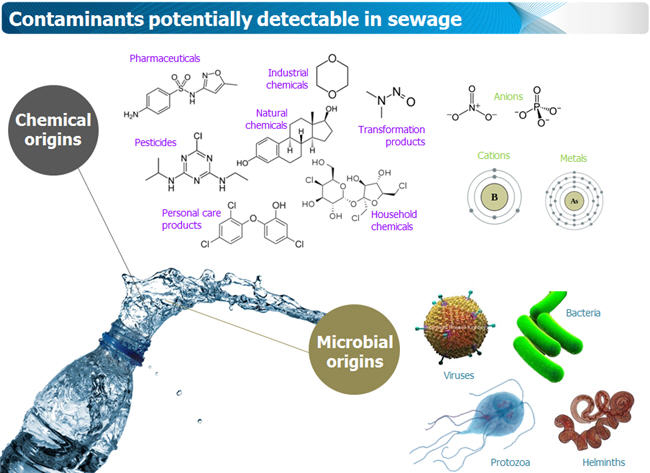 Chemicals are generally feared for their long-term (chronic) effects, while microbial contamination results in immediate (acute) sickness. According to Snyder, we know of 85 million known chemicals, 65 million of which are commercially available. Furthermore, 15,000 new chemicals are created each day. Currently, the EPA regulates about 90 of them, segmented by source below. 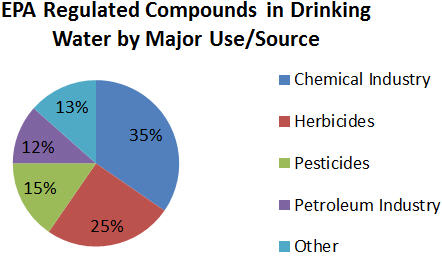 The rule of thumb is that “the dose makes the poison,” and many of the chemicals that have been detected in water — parts per trillion or even parts per quintillion — are so small that they are individually insignificant. However, the cumulative effective of the chemical cocktail may be dangerous; the difficulty is in assigning causation and corresponding regulations for any particular contaminant(s).

There is one contaminant where sufficient evidence exists of prevalence and hazard, yet it remains unregulated. N-nitrosodimethylamine (NDMA) is a known carcinogen, according to California, resulting in a state public health goal (PHG) for NDMA of 0.003 micrograms/liter (μg/L), or 3 nanograms/liter (3 ng/L). But PHGs are only precursors to regulation, and there has been little federal action despite NDMA being the most frequently detected contaminant (26 percent) during testing for the second Unregulated Contaminant Monitoring Rule (UCMR 2). The EPA did include NDMA on its third Contaminant Candidate List (CCL3), another precursor to a typically long rulemaking process, which is detailed below. 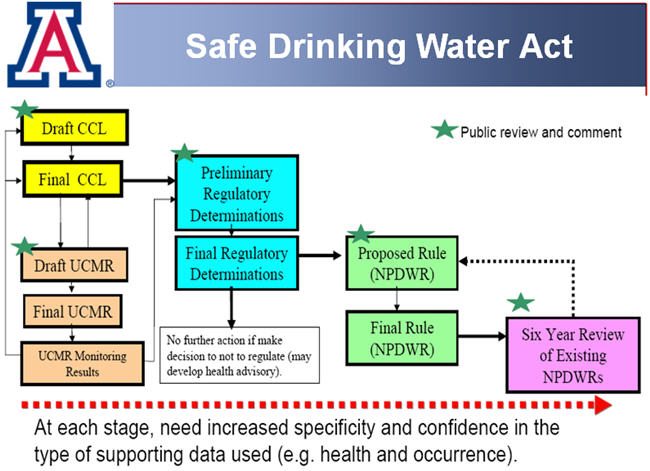 “If this isn’t regulated, what will be?” asked Snyder as he shared the following NDMA data from UCMR2. 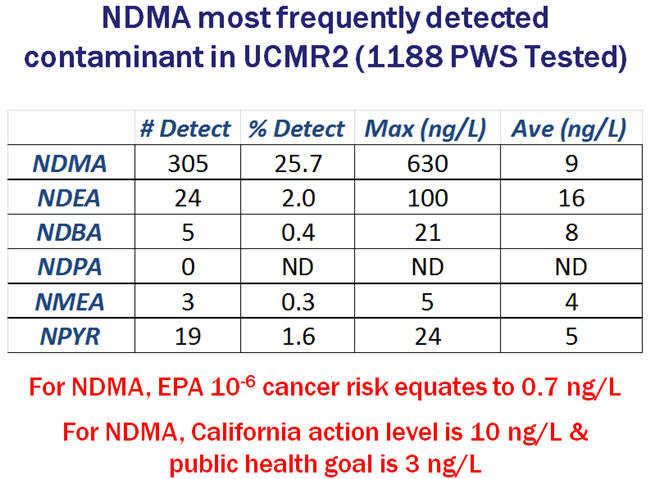 A paradigm shift in water-quality research is imminent, stated Snyder, and falling by the wayside will be animal testing, which is slow, requires high doses, and is unpopular. “It’s becoming dangerous,” Snyder revealed, “with animal advocates burning down facilities.” Today’s chemical testing methods, he added, do not account for mixtures (the “chemical cocktail”) or transformation products that come from the parent chemicals. 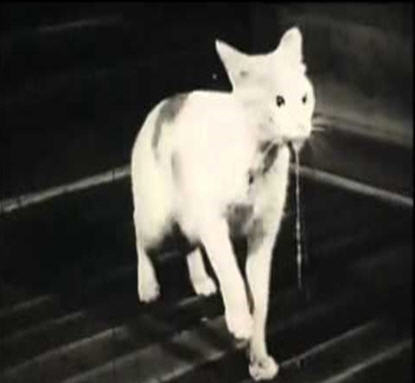 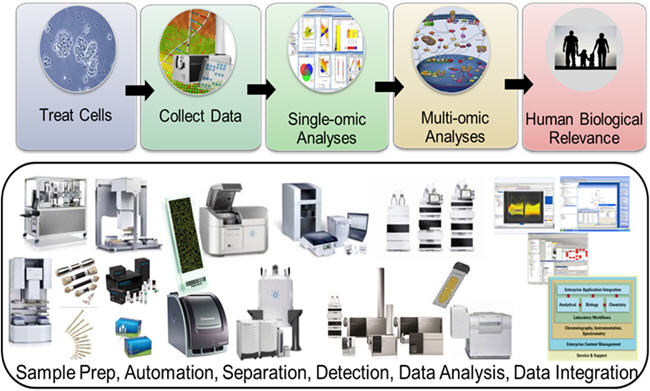 The utilization of the new analytical technologies referenced above, in addition to online monitoring and a multi-barrier approach (detailed below) at the municipal level, are the keys to safeguarding the water supply going forward, offered Snyder. 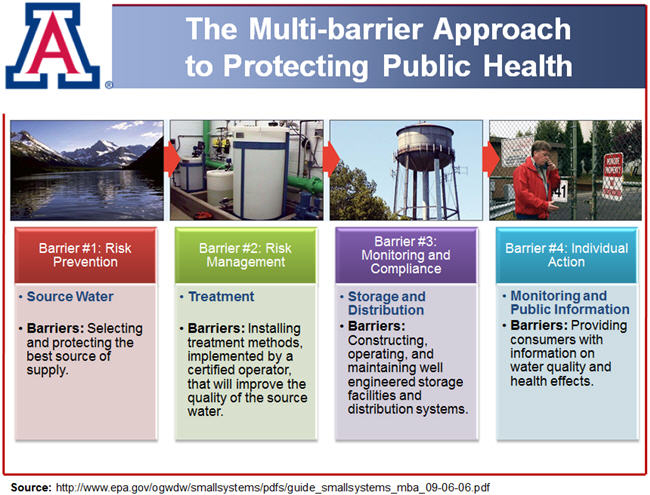 The development of extremely sensitive sensor technology will lead to the discovery of countless more contaminants in the water, but the best-available technologies for treatment plants can also help protect us from those contaminants. For that reason, “What’s next?” should be the question on every utility’s mind: “What’s the latest threat, and what can I do to defeat it?”