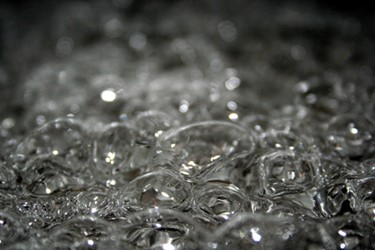 No utility wants to issue a Boil Water Notice, but if it does happen, it’s important to get it right. Even if your utility has had a long, unblemished record of delivering high-quality water, a mishandled contamination event will leave a bad taste in your customers’ mouths (so to speak). Like a field-goal kicker in football — and unfair as it may be — a big miss can overshadow years of trustworthy performance.

In October 2018, after record flooding dumped more than 100 times the normal level of silt and solids into local source waters, Austin Water was forced to send out its first-ever Boil Water Notice in over a century of service, marking a new experience for both the utility and its customers. Although, or perhaps because, it is such a rare event, a Boil Water Notice provides an opportunity that should not be squandered — a chance to evaluate the effectiveness of current utility outreach efforts to inform better ones as modes of communication continue to evolve.

In the wake of Austin’s emergency advisory, a survey was conducted about (not for) Austin Water by Sapna Mulki, a city resident who also happens to be principle at Water Savvy Solutions, a policy research and communications strategy firm for public and private water entities. Mulki based her survey on the CDC’s Post-Advisory Community Survey template, and although it was limited to neighbors and her personal network (69 respondents), she confirmed that the results were consistent with her experience as both a water customer and consultant.

Immediacy Is Key, But Consider The Source

As much as people habitually check their smartphones, it’s not surprising that just as many survey respondents learned of the Boil Water Notice through social media as those who had heard from television (both at 40.3 percent). TV was still considered the “most useful” source, followed by social media, but any message from Twitter or Facebook should come with the understanding that it is most useful when it is linked, quite literally, to a reliable source such as Austin Water or a local news agency. While family, friends, and neighbors do well to get the word out quickly, they can be less dependable when it comes to accuracy.

In detail and clarity, 73 percent of respondents said they had “enough information” during the boil water notice, while 23 percent “would have liked more information” and 5 percent “really needed more information.” Seemingly, the vast majority understood, at the very least, the need to boil tap water before consumption. However, even if only a relatively small number of people are “missed” — those who need more explanation or are difficult to reach — the goal of health security for all citizens is motivation enough to strive for wider and better communication.

Said one respondent: “I would have liked timelier information in a digital channel like text message or voice message. I received an email almost 24 hours after the boil order was issued. If I hadn’t been lucky enough for a friend to post on Facebook, I would have drunk the water. …I don’t watch TV, etc.”

In fact, 50 percent of respondents said that a text message was their preferred source of information. But are water utilities equipped with every customer’s cell phone number in their contact lists? It’s an objective worth pursuing, because while a multi-pronged approach (TV, radio, newspaper, email, social media, text, et al.) remains best, it’s prudent to recognize the shifting nature of communications and to fine-tune your strategy accordingly.

The following four suggestions were made by Mulki based on her analysis of the survey data, her customer experience during the boil-water event, and her professional opinion as a utility communications expert.

Improve the immediacy and timeliness of notifications.“Every Austin Water customer should’ve received a timely and automated notification before the start of the day,” says Mulki, “through a means that is reliable and direct from the utility or city.” Leave no stone or media platform unturned.

Tell the story first and often. “In times of emergency, the facts and truth of a situation can easily be misinterpreted,” Mulki warns. Combat misinformation by not only being the first out of the gate but also by maintaining consistent and continuous communication.

Proactively engage and communicate with customers.Austin Water smartly asked customers to conserve water before the Boil Water Notice, but Mulki relates e that behavior patterns weren’t modified until Stage 4 Water Restrictions were enacted. Be proactive, but also drive the point to help customers truly understand and respond to the seriousness of the situation.

Keep communication channels open. “Water education does not stop after an emergency is resolved,” notes Mulki. Be ambassadors, always, for the value of water and the need for infrastructure investment.

Austin Water, according to Mulki, did a “great job” in a very difficult situation, mitigating the impact of an onslaught of weather, ever more common, with a prepared and responsive staff. When it’s time to answer the call — “game time” — at your facility, will you be as ready to win the day, or will your attempt fall short?