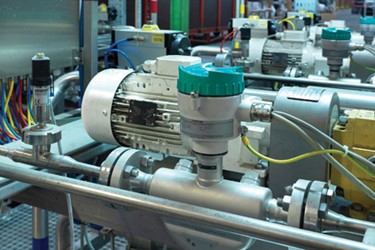 Ever since Coriolis flow measurement technology achieved mainstream appeal, industry has been fervently striving to take advantage of its benefits. And while Coriolis is clearly a highly advantageous solution for many crucial flow measurement applications, it is not without flaw.

What’s so great about Coriolis?

Before we get into the dirty little secrets, let’s discuss why Coriolis is such a highly regarded measurement technology.

Coriolis meters measure the actual mass flow moving through a pipe (pounds and kilograms) and thus are resistant to the external influences that can cause dramatic offsets in velocity-based flow measurement systems.

With Coriolis, pressure and temperature compensations aren’t considerations. A pound of cold fluid weighs the same as a pound of hot fluid, and concerns about how much room a substance takes up in the pipeline or the speed at which it is flowing are largely nonfactors with Coriolis measurement.

On the calibration front, mass flow and total mass units are not affected with variations in temperature and pressure, and Coriolis meters require no conversion factors. Since Coriolis meters are unaffected by varying flow profiles, users need not worry about straightrun piping before or after the measuring points. Coriolis simply does not care what the flow profile is, as a bucket of water and sand weighs the same whether the water is calm or swirling around with the sand all mixed up in it.

As if the aforementioned advantages were not compelling enough, Coriolis meters measure flow with accuracies of 0.1 percent of rate or better with repeatability, and they can also measure density, temperature, volumetric flow, and viscosity, if so equipped.

So, the question arises, why would anyone use anything other than a Coriolis meter for flow measurement?

The first barrier to Coriolis world domination can be summed up in a single word: price.

There Are Flies In The Coriolis Panacea
Dirty little secret no. 1:
The first barrier to Coriolis world domination can be summed up in a single word: price. A one-inch line magnetic flow meter and transmitter, for example, can be had for $3,000 or less. A comparably sized Coriolis meter can run upwards of $9,000 or more.

For those who have evaluated Coriolis meters in the past, this may be the not-so-secret dirty little secret.

Recently, however, more price-competitive Coriolis meters have come to market, with some even seeing prices nearing the territories of the more traditional sensors they are replacing. These lower-priced Coriolis meters offer less accuracy and fewer features and lack the robust displays of their higherpriced counterparts.

The availability of valuepriced Coriolis meters is a response to market demand for a price-sensitive Coriolis sensor. Price the sensors based only on the basic Coriolis performance, and you get a good mass meter that does what a more basic sensor does for a small increase in price, but with huge gains in ease-of-use and performance.

Dirty little secret no. 2:
Another challenge faced by Coriolis flow meters is one of process noise. Coriolis meters hate process noise. Whether that noise is from a pump, a variable drive, or just footsteps on a catwalk, it can easily upset the precise measurement of a Coriolis sensor.

Since the Coriolis sensor is carefully monitoring and measuring microvariations in the flow tubes’ motion, the smallest of external vibrations can be picked up and sampled, thus introducing an offset or error in the calculation.

The challenge for the Coriolis sensor is to maintain a high degree of sensitivity while at the same time metering in a sampling of protection from noise. The solution is a vast array of filters that can modify the digital signal or the analog outputs to present the desired nature of I/O.

Typically, filters are used to slow or average the output signals to stabilize them. In more advanced states, the filters monitor a vast array of data produced in the modern Coriolis sensors and then use adaptive algorithms to learn and contour the output as required.

The benefit filtering can have on the usability of the Coriolis sensors is astounding. The cost, however, is in the expense these features add and, at times, in the added complexity of using the sensor. 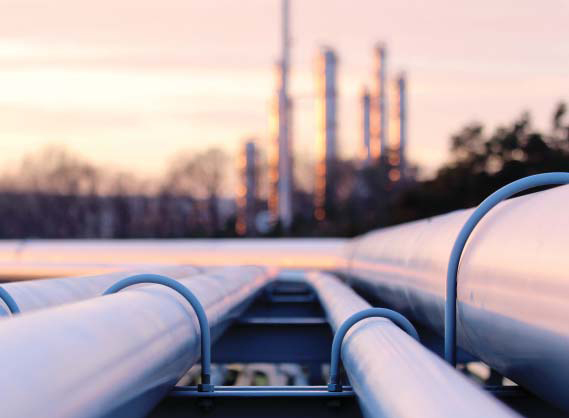 Coriolis flow meters are common in both industrial and water/wastewater settings.

The challenge for the Coriolis sensor is to maintain a high degree of sensitivity while at the same time metering in a sampling of protection from noise.

Dirty little secret no. 3:
Directly related to the issue of noise is the challenge of gas void fractions or dual-phase flow. Dual-phase flow is a condition that occurs when there is gas (or voids) entrained in liquid flows or when there is liquid dispersed within a gas flow.

Initially, Coriolis sensors were susceptible to errors when flowing a dense liquid, such as water, entrained with slugs of lightweight air. When passing through the vibrating tubes of a Coriolis meter, these slugs had a propensity to stall the meter, which had to be restarted. However, Coriolis technology has evolved over the years, and newer devices can easily handle entrained air while maintaining accuracy and repeatability.

What is causing concern for today’s Coriolis meters is accuracy and repeatability when the percentage of gas content varies across the span of the meter.

Imagine a scale with a weight on it. The weight compresses the scale and the needle displays the weight (mass). If you lift the weight off the scale just a bit, then the scale loses its ability to measure the mass.

Coriolis technology has evolved over the years, and newer devices can easily handle entrained air while maintaining accuracy and repeatability.

The answer to this conundrum is not a simple one. Filters can be used and adaptive algorithms can help to ensure that the tubes maintain a controlled motion. Sensors can be employed to evaluate the nature of dual-phase flow and estimate or calculate the amount of mass that may have escaped measurement.

In the end, however, the nature of the dual-phase flow can have infinite variety, and the Coriolis sensors must rely on their programing to evaluate what is moving through the pipe. This often means flow values where gas content varies across the span of the meter may only be representative of actual values, while other times that representation may be less than accurate.

Eric Heilveil is a flow product manager with Siemens, where he is responsible for Coriolis and vortex flow technologies. Eric has more than 20 years’ experience in industrial flow measurement, working for several companies as a field service manager, application engineer, and product line manager, among other roles. Eric has worked extensively in the semiconductor, biotech, water & wastewater, food & beverage, automotive, oil & gas, and chemical industries. He can be reached at 267-470-3474 or eric.heilveil@siemens.com.