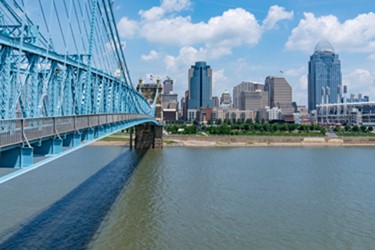 The Metropolitan Sewer District of Greater Cincinnati (MSD) serves an Ohio population of more than 850,000 spread out across 290 square miles. Like many large cities, Cincinnati MSD operates combined and sanitary sewer systems, some of which were built more than a century ago. Whether by design, or due to infiltration and inflow of stormwater, these systems have a tendency to overflow, discharging untreated sewage into local waterways or flooding streets and basements.

Cincinnati’s sewers discharge an average of 11.5 billion gallons of combined sewage every year into the Ohio River and its tributary streams within Cincinnati’s urban watershed.