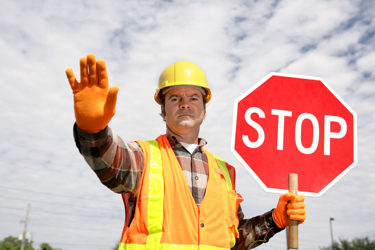 With significant stress on source-water supplies throughout the region, it would seem that California desperately needs more infrastructure that utilizes these limited resources as efficiently as possible. However, a local water reclamation facility that’s already started construction could face some significant political barriers that prevent its opening.

“After about six months of construction, Morro Bay’s new water reclamation facility is well underway — and it remains politically divisive this election season, with three candidates talking about halting or undoing the project, which is the largest-ever infrastructure project in city history,” The Tribune explained.

Water reclamation involves treating wastewater to a degree that it can be reused or recycled for other purposes, including irrigation and groundwater recharge. The practice has expanded as new technology improves efficiency and source-water scarcity throughout the country necessitates careful use of resources.

The Morro Bay plant could potentially treat 1 MGD and supply the area with 80 percent of its future water needs while providing badly needed infrastructure improvements.

“The city says the infrastructure is needed … to meet state and federal requirements that the facility is located inland, away from coastal hazards,” KSBY reported. “The city adds that it’ll prepare the area for future droughts, as well.”

But despite its potential to meet these needs, the project has a surprisingly uncertain future. Three candidates for City Council have criticized its expense and the plan for its completion.

“They echo sentiments of some community members who have called for the project to be halted so as to re-evaluate options and potential alternatives,” per The Tribune.

These politicians have said that, despite the fact that construction has been ongoing for six months, they think that moving the site of the project would reduce costs and prevent negative environmental impact. One has cited the fact that the City Council was promised that the costs wouldn’t exceed $126 million, but that they have reached $131.5 million and counting.

“While city officials acknowledge they serve at the direction of the council, including whoever wins in this election, they said starting over would mean breaking the construction contract, forfeiting low-interest funding and then having to clean up the site already under construction, all of it costing the city millions of dollars if a new project is pursued,” The Tribune reported.

It appears that the fate of this much-needed wastewater facility hangs on some upcoming political outcomes. But what won’t change, regardless of politics, is the need for updated infrastructure and more efficient use of resources throughout California and much of the country.