Cyanide Analysis Of Wastewater Samples From FCC And Hydrocracking Operations 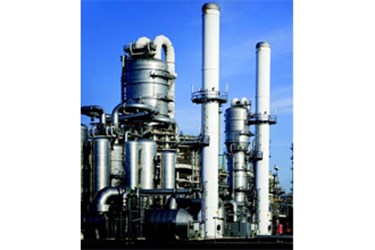 Fluid catalytic cracking (FCC) is a major unit operation in refineries around the world. FCC is used to convert lowvalue, high molecular weight feedstocks such as shale oil, tar sands oil, and coker gas oils into lighter, high-value products by “cracking” C-C bonds. These feedstocks may contain high levels of organic nitrogen compounds such as indole, carbozole, pyridine, and quinoline (Figure 1), which form ammonia and cyanide in the reactor of FCC units. The nitrogen content of crude petroleums is generally in the range of 0.1 - 0.9%, however, some crude may contain up to 2% nitrogen. The more asphaltic the oil the higher the nitrogen content.(1)

Hydrocracking is a thermal process (>350 °C) in which hydrogenation is performed concurrently with catalytic cracking Hydrocracking converts high-boiling feedstocks to lower boiling products by cracking the hydrocarbons and hydrogenating the resulting unsaturated reaction products. Polycyclic aromatics are partially hydrogenated before the aromatic nucleus is cracked. Sulfur and nitrogen atoms are converted into hydrogen sulfide, ammonia, and cyanide.

Hydrocracking reactions are catalyzed by dual-function catalysts. Cracking is performed by silica-alumina (or zeolite) catalysts, and hydrogenation by platinum or nickel catalysts.