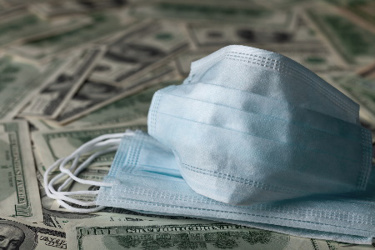 As communities around the world continue to struggle with challenges posed by the novel coronavirus, their responses have taken priority over a variety of initiatives deemed less urgent. For New Jersey Governor Phil Murphy, this has meant delaying the replacement of lead-based drinking water infrastructure indefinitely.

“Much of New Jersey looks like it will have to wait a lot longer to replace hundreds of thousands of lead service lines fouling up drinking water supplies across the state with unsafe levels of lead,” NJ Spotlight reported. “The Murphy administration says it faces a potential $10 billion shortfall in the state budget and it needed to eliminate $80 million in funding it hoped to secure to begin replacing the 33,000 lead service lines in New Jersey.”

Lead service lines have been found to leech the contaminant into drinking water as it travels from treatment plants to consumers’ homes, leaving drinking water that can harm their health. While many states around the country are grappling with how to replace their buried lead infrastructure, the federal government has estimated that New Jersey may need more than $20 billion to upgrade its aging system.

The emergence of the coronavirus and resulting spread of COVID-19 has now made it significantly more difficult for the state to fix the problem.

“COVID-19 has created an unprecedented fiscal reality for New Jersey, one that has required the state to make many difficult decisions and implement spending cuts nearly across the board,” a spokesperson for the governor’s office said in a statement, according to NorthJersey.com.

The administration now expects to determine future appropriations for lead service line replacement, along with the state legislature.

However, the state’s capital city will continue its lead line replacement work as planned, despite the emergence of coronavirus. Before the pandemic, New Jersey had announced plans to replace all 37,000 of Newark’s lead water pipes within five years at an estimated cost of $150 million.

Despite the delay elsewhere in the state, that process in Newark now appears to be going more quickly than expected.

“The city, tapping a $130 million bond issue from the Essex County Improvement Authority, now expects to replace lead service lines in the community within three years, a lot shorter than what originally was projected,” per NJ Spotlight.

But as coronavirus responses continue to drain state budgets across the country, it’s likely that the pervasive issue of lead-based drinking water infrastructure will become all the more challenging to overcome in many places.