Copper Solution May Be Answer For Zebra Mussels In Source Water 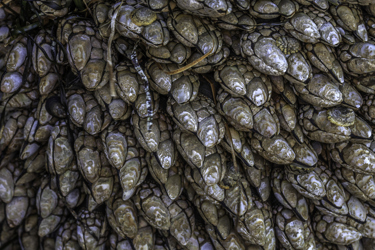 A unique yet pervasive source water pest may have met its equally novel match in Minnesota, offering a new line of defense for the ongoing battle to maintain clean drinking water there and in other locales around the country.

“Research on the use of a copper-based pesticide to fight zebra mussels in Lake Minnetonka continued to show the treatment’s effectiveness in the study’s second year, University of Minnesota researchers have reported,” according to the Star Tribune. “The copper solution, first applied in July 2019, dramatically decreased the population of zebra mussels … while leaving native fish mostly unharmed.”

It may come as a surprise to many around the country, but zebra mussels are one of the most disruptive invasive species in Minnesota, as their presence disrupts other wildlife and changes the natural habitat. They are present in at least 200 lakes, per the report.

The South Dakota Game, Fish and Parks Commission recently heard from a representative in Minnesota as a way to gain tips for dealing with its own zebra mussel problem. In Texas, the species has attacked drinking water treatment facilities directly, leading to the creation of its own program for getting rid of them.

Though copper can be harmful to a range of wildlife, the new research indicates that limited amounts can help eradicate zebra mussels while not damaging the surrounding ecosystem. After applying a copper sulfate solution to source water in Minnesota over the summer, researchers followed up in August and October to find promising results.

Calling the tactic a “long-term” solution, the researchers plan to add another lake to their study in the near future. Though source water and drinking water operations around the country would like to find a quick and easy fix for zebra mussel infestation, the use of copper is more likely to be a mitigation tool, not a complete solution.

“This is just like the [COVID-19] virus; we’re all looking for the silver bullet,” Gabriel Jabbour, an advocate for Lake Minnetonka’s water quality, explained to the Star Tribune. “But just like the virus or other viruses, you’re probably going to have two or three things that will make the difference.”