Common-Sense Perspectives On Waste Treatment — With A 'Western' Flair 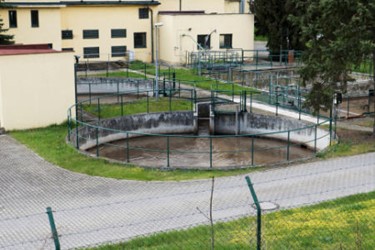 I have been in the waste treatment business for some years now, and I am continually surprised with what I see promulgated by the people that do this every day and should know better. Out West (Texas, actually), we see life as a more or less continual struggle with all kinds of adversaries. Collectively we call them varmints, and they are ever present as we go about our daily duties. There is much to be learned from folklore in establishing a common-sense perspective, and the convergence of Texan culture and waste treatment technology (and even water treatment) are cases in point.

In this paper, I plan to examine how all this presents itself to an old “hanger on” as we consider the treatment systems themselves.  Later, I will add additional varmints for the consideration of the initiated. It might be a good starting point to consider waste treatment as a series of systems consisting of a collection phase, a treatment phase, and a final “polishing” phase. Each one of these has a slate of varmints which need to be recognized, considered, and eventually overcome.

Let’s start with the collection phase. There’ll be plenty of time later to deal with the other aspects of waste treatment. So many varmints, so little time! Here are the “biggies.” Fats, oils, and greases (FOG, as they are commonly designated); our ol’ buddy El Stinko usually identified as a sulfide (H2S), though other “smellies” can include detritus odors from other sources such as the skatoles and even miscellaneous mercaptans; very difficult to remove and environmentally dangerous compounds, specifically certain chemicals and pharmaceutical wastes; and downright toxic metallic and/or ionic species such as arsenic, chromium (VI), manganese, and many other kinds of elemental species — varmints all. We shall eschew for politeness not to consider crooks that dump Porta-Potties, animals of various sorts, construction materials, and other such from this discussion.

To address these varmints, we must understand exactly how they present a problem as well as what we can do to make them go away. Almost all of them depend on chemical reactions of one sort or another, usually oxidations, and thereby are affected by physical conditions. Conditions usually considered are temperature (please use °C to describe physical conditions, as they enable us to understand and project potential chemical reactivities) and particle size. Solubility and sequestration (intercalation, actually) also can play a critical role. The game is to make the medium that we are trying to remove them from conducive to either chemical reactions, physical reactions, or hopefully both.

In the case of the FOG deposit varmint, we reduce the size of the particulates as small as we can get them — into the micron (µ) size if we can. This enables natural microorganismic enzymes to attack these particulates as they have enhanced surface areas to react chemically as the individual particulates become smaller. The bane of those attempting to remove FOG deposits is that the chemical structure is resistant to chemical attack. To actually attack them and to remove them permanently from the wastestream is to enhance their chemical reactivity with respect to some oxidizing agent, whether it is dissolved oxygen (O2), ozone (O3), or any one of a multitude of other selected oxidizers employed. And, a critical value not to be underestimated is the temperature of the wastestream, particularly if it involves a gaseous oxidant phase.

In the cases of oils, we also have to increase the vorticity of the wastestream to reduce the size of the emulsoid particulates. They say prayer is somewhat helpful in addressing the grease varmint.

Ol’ El Stinko may be oxidized by ozone/dissolved oxygen, and this method is usually effective for most of the odoriferous compounds. It is also a good idea to keep in mind that we may have to bind up (sequester) the sulfide compounds if the wastestream is too warm as that may affect the oxygen (or ozone) concentrations that we need to effect the oxidation. If so, we can choose a really stable and insoluble sulfide such as ferrous (FeS) or ferric (Fe2S3) by using an iron salt (in liquid form, naturally).

Most of these other dangerous varmints can be oxidized away with a right proper oxidizing agent (I am personally using ozone in most cases), but there are others that are also effective and probably a lot cheaper depending on how much “call” there is for the removal.

Toxic metallic and/or ionic species can be removed by the use of ion exchangers. Again, I am partial to the use of clinoptilolite as the best solution, but manganese salts and ferric hydroxide are both effective in removing the curse of arsenic. Let the good times roll and the varmints bite the dust.

Dr. J.H. Wakefield is a consulting scientist/engineer with more than 30 years of experience in water/wastewater treatment. He holds advanced degrees in microbiology and physical/analytical chemistry and has been a practicing chemical and environmental engineer for many years.