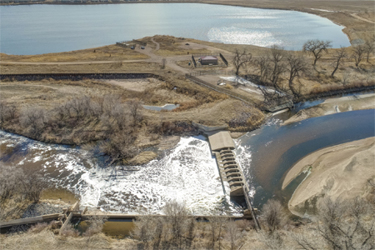 The City of Brighton, CO, is one of Denver’s most popular suburbs. The community’s population has nearly doubled since 2000 and is expected to surpass 41,000 in 2020. The town has diverse neighborhoods, sits 30 minutes from Denver, and includes a variety of restaurants and shops. “It is the best place to be,” one reviewer wrote on Niche.com. “Everyone around town is very kind and always happy.”

But like many communities in Colorado, Brighton has a significant issue with water management. Colorado is among the top 10 driest states in the U.S., and Brighton only receives about 15 inches of rainfall each year. Colorado’s water challenges are exacerbated by its unusual topography. More than 80 percent of the state’s population resides on the eastern side of the state, which is where Brighton is located. But about 80 percent of the state’s water supply is on the Western Slope, which is defined as the region west of the Continental Divide.

Brighton’s primary water resource is the South Platte River. Its course through Colorado is approximately 380 miles, and as of 2015 more than 4.5 million state residents rely on the river for drinking water, irrigation, food, energy, mining, manufacturing, and other activities, according to the Colorado Encyclopedia.

Last year, Brighton completed the construction of the $5.4 million Erger’s Pond Augmentation Station as a permanent solution to help solve its water-related issues. Aslan Construction built two raw water pump stations near a reservoir adjacent to the South Platte River. One pump sends water into the reservoir. The other reservoir sends water back into the river.

The augmentation station is needed because of the state’s complex water regulations. In 1969, the state established the Water Rights Determination and Administration act. It requires “junior” water users on over-appropriated streams (such as the South Platte) to replace water to offset depletions to “senior” users. The priority to water rights is based upon when they were acquired. Holders of senior rights have the first claim to withdraw water. Ownership of land is insufficient to convey a right to use water.

Brighton’s primary water supply comes from alluvial groundwater wells, which have junior rights, and therefore the city must augment supply so senior water users downstream have sufficient water. “Water in the West is very different from water rights in the Eastern United States,” said Dawn Hessheimer, Water Resource Specialist for the City of Brighton.

The city had been using temporary pumps, but that solution proved costly and inefficient. “Construction of permanent infrastructure to facilitate pumping operations was necessary and beneficial to the city,” said Jake Hebert, a civil engineer who worked on the project.

The new augmentation station includes nine submersible pumps in underground wet wells to move water, along with a gravity line. The total storage capacity at Erger’s Pond is 1,800 acre-feet, about 586 million gallons. 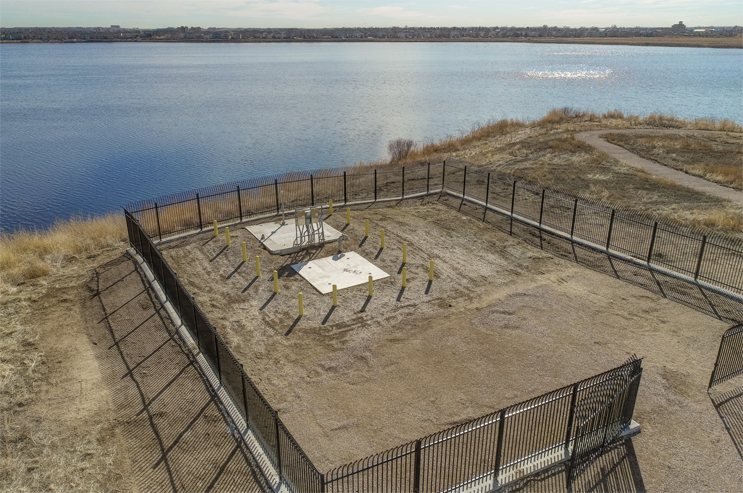 The station will allow Brighton to move water for senior water rights holders, and capture excess river water during the spring runoff for subsequent water withdraws. Curt Bauers, the city’s utilities director when the project started, said if the water could not be captured it could have flowed out of state. “This water will be used to meet our current — and a significant portion of future — annual customer water demands,” Bauers said.

Teams also built new spillways to direct water flow and “riprap” slope protections to protect the pond’s banks from erosion. “Improving the slopes and spillways are vital to keeping the pond from being washed out,” Bauers said. “There was a town that lost one of its reservoirs back in 2015 because of an unprotected spillway. The river poured in, undercut an embankment until it didn’t exist anymore, and all the water in the pond went down the river.”

Hebert had to remove and rebuild a slurry wall to help prevent water from leaking into and out of the reservoir. One of the project’s most difficult challenges was installing the reservoir filling pump and well on a narrow strip of land between the river and the reservoir.

“This was the most optimal place to have it. However, due to the reservoir slurry wall, it posed challenges to design and construct the wet well where the slurry wall is located and still maintain function of the slurry wall,” Hebert said.

The wet wells are accessed by 14 floor doors manufactured by The BILCO Company. The doors are manufactured from aluminum and feature type 316 hardware for corrosion resistance and many years of dependable service. They include an industry-leading 25-year warranty. Tim Bosworth of Dalco Industries procured the doors for Aslan Construction. 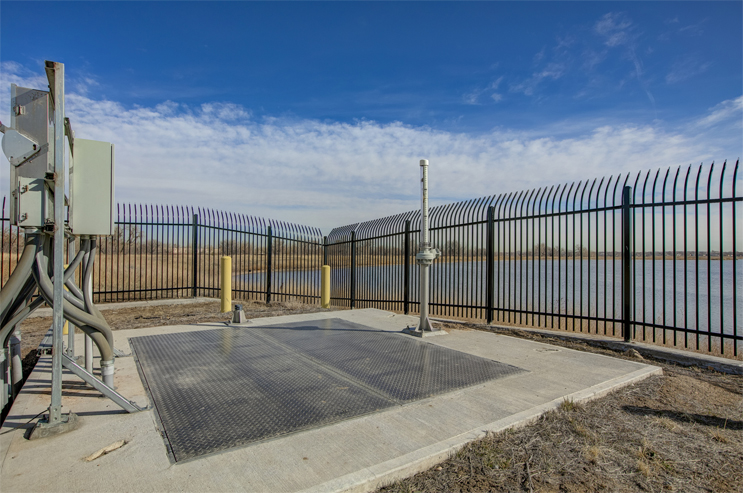 “The BILCO hatches were preferred by the operations department and are used to access the wet wells,” Hebert said. “They were installed directly above all of the submersible pumps to provide a way to pull the pumps from the wet wells for maintenance and future replacement.”

The Colorado branch of the American Public Works Association honored Brighton for its Erger’s Pond project with an award last year. It was selected in the association’s contest for medium-size communities as the top environmental project, and might be a template for other communities.

“This project is certainly transferrable to other communities in Colorado,” Brighton officials wrote in its awards submission. “The lessons provided from the Erger’s Pond Augmentation Station Project are applicable to many Colorado communities, because building permanent pumping facilities is much more cost effective and efficient in the long run.”

Thomas Renner writes on building, construction, and other trade industry topics for publications throughout the United States.