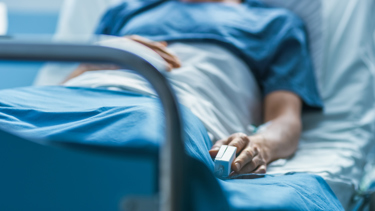 Two of the world’s most persistent epidemics seem to be accelerating at once in Florida, where a major city’s mayor has asked residents to reduce their use of potable water as COVID-19 cases surge.

“The mayor of the Florida city of Orlando asked residents … to stop watering their lawns and washing their cars immediately, saying water usage needed to be cut back because of the recent surge of COVID-19 hospitalizations,” ABC News reported. “The Orlando Utility Commission treats the city’s water with liquid oxygen and supplies that ordinarily go toward water treatment have been diverted to hospitals for patients suffering from the virus.”

While the Orlando drinking water utility typically requires 10 trucks’ worth of liquid oxygen to eliminate discoloration and foul smell from its water supply, a supplier indicated recently that it may have to cut that number in half to fill the need at hospitals.

By requesting a drinking water usage reduction, Orlando Mayor Buddy Dyer is asking that his residents take measures that are being required in many other parts of the world — not because of rising COVID-19 hospitalizations in those places, but because source water simply isn’t available. Federal agencies have announced historic water cuts in the U.S. West, while the United Nations recently recognized drought as the “next pandemic” following COVID-19.

And it’s possible that Orlando is just a bellwether in what might be another growing stress on drinking water availability in additional regions, as many water systems utilize liquid oxygen for treatment operations and are seeing increased COVID-19 hospitalizations. Already, other areas in Florida appear poised to consider similar cuts.

“Orlando may have been the first city with an obvious oxygen shortage, but the problem has spread throughout the state of Florida over the past few days as hospitalizations continue surging to new record levels statewide,” Forbes reported. “The oxygen shortage led the water supplier for about 2.5 million people in the Tampa Bay area to issue a warning … saying there could be a ‘change in taste and odor in drinking water’ due to a shortage of the liquid oxygen it uses to treat water.”

While the choice between providing ample drinking water and effectively treating hospital patients is a difficult one, Florida and many other locales appear willing to reduce their consumption in the face of COVID-19 resurgence.

“We acknowledge that the No. 1 priority for the liquid oxygen should be for hospitals,” Dryer said at a recent news conference, per ABC News.