Can The Internet Of Things Lower AMI Solution Cost? 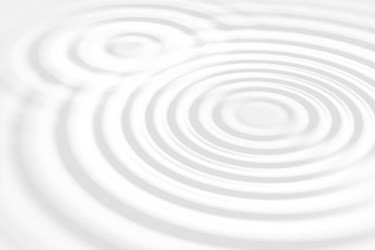 Low-power wide-area networks are critical to the Internet of Things but may also work to bring advanced metering infrastructure to the masses.

Many municipalities across the U.S. do not use advanced metering infrastructure (AMI), especially small and midsize communities. Some communities like Madera, CA, in the middle of California’s drought-stricken Central Valley, have many households with no meters. Municipalities that still use driveby automated meter reading (AMR) systems often state that the number-one reason they have not moved to AMI is cost. The Internet of Things (IoT) networks, such as low-power widearea networks (LPWANs), offer low-cost connectivity that will permit new, lower-cost AMI solutions. LPWANs allow longrange connectivity and use lower-cost infrastructure to connect sensors in many applications, including metering, agriculture, parks, golf courses, and smart city, which can provide more value and savings than systems dedicated exclusively to metering.

The Internet Of Things Networks
last few years. Gartner, Inc., the world’s leading information technology research and advisory company, forecasts there will be up to 20.8 billion connected devices by 20201. Cellular companies have been pushing machine-to-machine (M2M) connectivity for more than five years, but only 10 to 15 percent of IoT-connected devices will use cellular M2M due to its cost and limited battery lifetime. Other widely adopted connectivity options, such as Wi-Fi and Bluetooth® technology, serve their targeted applications well, but they also have limited battery lifetime and do not offer the long-range connectivity needed in many applications, such as water metering. Over the last few years, LPWANs specifically catering to IoT have emerged to help solve the issues of battery life, cost, and range. These LPWANs, comprising low-cost infrastructure systems that offer long battery lifetime and wide-range connectivity, are predicted to connect the bulk of IoT devices.

Telecom companies, mobile network operators, and utility companies have been among the early adopters of LPWAN technology because of their access to elevated deployment sites, which are required for optimal network coverage. Major telecom companies, such as Orange S.A. in France and Tata Communications Limited in India, as well many startups, such as Senet, Inc. in North America, have announced LPWAN deployments based on LoRa™ technology, creating a worldwide ecosystem that can support LPWAN-based AMI.

AMR, Traditional AMI, And LPWAN-Based AMI
Traditional AMI systems offered by many metering companies require a significant amount of infrastructure because they do not have the same range (link budget) capability as the LPWAN alternatives. In a LPWAN, multiple applications can connect to the network and a single LPWAN gateway in a rural environment can collect data from applications in a 15- to 30-mile radius. In contrast, a traditional AMI system would require at least 10 gateways or 10 repeaters speaking to a master gateway to cover the same area. Using a 10,000-household city over 10 square miles as an example, a comparative analysis shows that using a LPWAN system is commensurate in cost to a walk-by AMR system, whereas a fixed infrastructure system using traditional AMI is significantly more expensive. Finding locations for the gateways is also a challenge in traditional AMI systems. Because the network operator incurs the cost of network deployment and the gateway, the cost for a LPWAN remains relatively low.

LPWAN solutions use a simple, asynchronous protocol to optimize battery lifetime, whereas most existing AMI systems are synchronous systems and typically use a high-power front-end module to increase range, which significantly increases required battery capacity and, in turn, increases the end-node cost. A smaller battery and removals of the front-end module in a meter designed for LPWAN can reduce the end meter costs by up to 30 percent, as these are often the most-expensive smart meter components.

More important than the infrastructure cost savings from LPWAN are the cost savings and benefits that other applications using the network can provide. For example, the same LPWAN deployed for water metering can also be used for leak detection devices in businesses and residences, sensors that detect soil moisture in agricultural areas to reduce wasteful watering, or building temperature monitoring systems that can send alerts when a pipe freezes — all beneficial applications to reducing overall water consumption in a municipality.

Building An IoT Ecosystem
A key growth driver of the adoption of new technology, in this case LPWAN, is standardization among a robust ecosystem of companies. The LoRa Alliance and similar groups are working to standardize and scale their respective LPWAN technologies to ensure deployments can make an attractive return on investment. Many LPWAN operators have announced partnerships with water metering companies and other related utility providers so there will be increased LPWAN-based AMI rollout in 2016. LPWANs will eliminate the cost of infrastructure and network deployment complexity for application users, creating an environment in which municipalities of all sizes can implement more-effective water management systems.

Beyond water metering, LPWANs are optimal for other IoT and smart city applications, including smart waste management, smart parking and traffic systems, intelligent building monitoring, automated supply chain management, intelligent lighting systems, and more. With more and more announcements of smart metering adoption and the proliferation of sensors and LPWANs throughout the world, it will be increasingly easy for municipalities to adopt LPWAN AMI solutions and begin reaping the benefits of lower infrastructure costs, minimal maintenance, and real-time data.

Hardy Schmidbauer is the director of wireless products at Semtech Corporation, a leader in wireless solutions and IoT connectivity. Schmidbauer has more than 15 years’ experience in wireless design, product definition, and strategic marketing through director, marketing, and design positions for wireless solutions targeted at low-power connectivity, M2M, and IoT applications. He holds an MBA degree from Santa Clara University, as well as MSEE and BSEE degrees from Oregon State University.