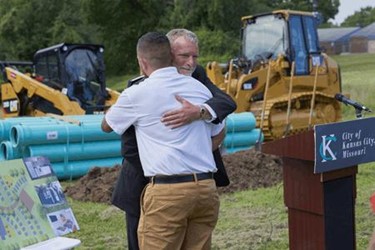 When it comes to asset management, Kansas City, MO, proves to be smart beyond its innovative Smart Sewer program. The city realizes that people are its greatest asset.

Rising infrastructure needs and double-digit rate increases have become the industry standard, and it is no coincidence that customers’ expectations are escalating at the same pace.

Water is essential to daily life, and customers feel entitled to high-quality and reliable services. Faucets should always produce clean water, toilets should always flush, and service bills should remain reasonably low. Agitation and rate revolt set in as customers face rapidly growing water bills and do not perceive the same rate of improvement in service. Furthermore, in a digital and connected world, customers are accustomed to immediate and personalized transactions.

Multi-Billion-Dollar Challenge
In Kansas City, MO, city leaders view this harsh reality as an opportunity. In 2010, the city entered into a $4.5-billion consent decree with the U.S EPA to reduce sewer overflows over the span of 25 years. The plan, considered the largest infrastructure investment in the city’s history, is funded entirely by ratepayers, and those household bills are nearing the EPA’s guidelines for median household income burden much sooner than the city anticipated. An overflow control plan that began with rate acceptance is now creeping toward rate revolt.

Beginning in 2016, a mayoral-appointed Cost of Service Task Force spent over a year reviewing the utility’s operations and obligations. The result was a unanimous recommendation to the City Manager to seek an immediate and significant modification of the city’s consent decree. In the same fiscal year, the Kansas City, Missouri City Council responded to residents’ complaints with a vote that established a sewer rate increase 27 percent below the financial model’s recommendation to fund the consent decree obligation. Almost simultaneously, oversight of the city’s consent decree program was moved to the City Manager’s office with a charge to find up to a billion dollars in program cost efficiencies.

“Smart” Education
With a billion-dollar challenge at hand and rate fatigue at an all-time high, Kansas City is keenly aware that it must deliver answers and demonstrate the program’s value to ratepayers. The city began by updating the overflow control program with a name and a mark that residents could easily understand: Smart Sewer.

“Kansas City is the most connected and biggest smart city in North America,” said Chris Hernandez, Communications Director for the City of Kansas City, MO. “The decision to rename the city’s largest infrastructure program in a way that residents could recognize was a key first step. Now, we are opening up a conversation to help our residents learn about the value of this important investment and how we will be using smart data to increase efficiency and value.”

Repetitive and consistent interaction with residents will be key to the future success of the Smart Sewer program. The marketing industry generally follows the “Rule of Seven,” an adage developed by the movie industry in the 1930s when studio executives discovered that movie-goers needed to see a promotion seven times before they would purchase a ticket. For infrastructure programs like Smart Sewer, it’s likely this number is much higher. Smartphones and social media channels expose customers to more information than ever before, and the complex nature of infrastructure challenges make the topic especially difficult to relate to audiences.

An overflow control plan that began with rate acceptance is now creeping toward rate revolt.

This maxim of seven appears to have found validity in Kansas City. Although the city had been communicating with the public about overflow control issues for seven years, initial feedback from residents indicated that the message was simply not resonating. To test this theory, Kansas City conducted its first market research study focused on ratepayers’ awareness of the Smart Sewer program and related benefits. The city chose a statistically-valid research method to measure public awareness, an initiative which would provide three key benefits to Kansas City’s largest infrastructure program: 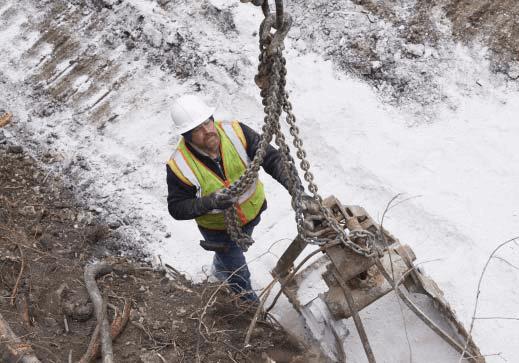 Kansas City’s research effort reveals an interesting and challenging trend. Typically, market research reveals fluctuations in perception and awareness among demographic categories such as age, income, and education levels — but Kansas City found that residents’ low awareness for the city’s largest infrastructure investment was not impacted by any demographic factors whatsoever. After years of investing time and money in public meetings, mailings, and outreach activities, it was painfully clear that residents knew very little about the single largest driver impacting the monthly water bill.

“This is a critical issue for Kansas City and for cities facing similar infrastructure needs,” said Andy Shively, Special Assistant City Manager in charge of the Smart Sewer program. “People are our most important asset and the key to solving our nation’s trillion-dollar infrastructure need. The utility industry can no longer afford to implement infrastructure solutions that fail to consider and measure the benefit to the ratepayer.”

The “People-Paradigm Shift”
With wastewater services at an all-time high and overflow control program awareness at a decidedly low point, Kansas City was faced with a decision either to maintain the status quo or to make a bold move that would garner attention from an increasingly distracted audience.

A public campaign tailored to address residents’ specific concerns about the wastewater bill is now underway in Kansas City. Using scientific data, the city will move from a traditionally reactive approach to customers’ concerns about water bills to a campaign that proactively invites residents to ask tough questions of staff who are leading the city’s largest infrastructure investment.

Beginning in Spring 2018, Kansas City’s Smart Sewer program will offer residents direct access to program leaders and straightforward answers to issues concerning rising wastewater costs, overflowing sewers, and exactly where and how wastewater revenues are put to work — three key elements that the market research indicates residents most want to know. The city is also offering transparency and accountability to residents by publishing an annual report card that rates the city’s success or failure in meeting established commitments to the consent decree timeline and budget.

This strategy is part of an overall “people-paradigm shift” that focuses on community-based benefits for the assessment of infrastructure investments — including investments in public outreach. To spark the conversation, the city will engage customers through the media channels that research indicates are most trustworthy and useful to Kansas City’s ratepayers. These media include local television news, radio, and social media channels. More visible messages to residents will be delivered via outdoor billboards and advertisements on mass transit vehicles. Public meetings and mailers to homes will still be included in the program’s outreach efforts but will no longer be the mainstay of program communication.

Public engagement is guiding a solution to Kansas City’s $4.5-billion wastewater obstacle. In an era where distrust with government actions and expenditures runs rampant, the transparency displayed by Kansas City becomes a priceless commodity. United as an industry, it is up to each of us to adopt a similar paradigm shift. Public outreach must become a part of every utility manager’s master planning, and outreach activities must be required to include standards and measures for the utility’s return on investment. When public outreach and communication become simply another box to check in the construction timeline, we have failed our ratepayers. Instead, let’s lean toward challenges and embrace failing infrastructure as an opportunity to connect with our most precious resource — our customers.

Kansas City will measure the return on its public outreach investment by conducting another public awareness assessment in approximately 18 months. To learn more about Kansas City’s Smart Sewer program and to track the program’s campaign efforts, visit www.kcmo.org/smartsewer.

Jennifer Rusch is a strategic marketing professional at Burns & McDonnell, specializing in communicating complex infrastructure programs in relatable and understandable ways. She lives and works in Kansas City, MO.