Calling On Utilities To Combat Legionella 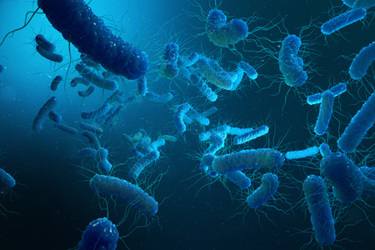 The risk level linked to delivered drinking water from municipal utilities is very small, even if some high-profile examples of failure (see Flint, MI) have degraded public confidence to a degree. Our treatment professionals usually hit their targets, so the onus then shifts to the research and guidance that determines the safe level of various constituents through U.S. EPA protocols. But there is one contaminant that rulemaking hasn’t quite caught up to and which is downright deadly — Legionella pneumophila.

Named for the infamous American Legion conference in Philadelphia which brought national attention to the issue when 182 attendees got sick and 29 died of what came to be known as Legionnaires’ disease, it typically infects the victim through vaporized water that is breathed in. The harmful bacteria, Legionella, is often present on premise — be it a hotel such as the Bellevue-Stratford in Philadelphia in 1976, or a hospital, apartment building, or any other facility — and forms as a result of certain water conditions and when storage tanks, pipes, or HVAC systems aren’t properly maintained. This may lead one to believe that property/facility managers are the sole point of responsibility for reducing or eliminating Legionnaires’ disease, but drinking water utilities have a role to play in the mitigation as well, as Dr. Mark LeChevallier of Dr. Water Consulting, LLC, explained to me in a recent interview.

Dr. LeChevallier spent 32 years at American Water, has been honored with numerous awards from the American Water Works Association (among others), authored more than 300 research papers, serves on the Water Science & Technology Board of the National Academies of Sciences, and is a member of the EPA’s Science Advisory Board and a fellow of the American Academy of Microbiology. His most recent recognition is in the form of funding for a new Water Research Foundation (WRF) project that seeks to create guidelines for drinking water utilities to monitor for and respond to Legionella in their systems, giving our water stewards a set of tools to help mitigate this waterborne disease.

“There’s been shockingly few studies of Legionella in the portion of public water that utilities control,” LeChevallier noted, adding that there are many that have focused on buildings and hospitals, and particularly their cooling systems. Granted, these are trouble spots where Legionella often proliferates, due to stagnant water, temperature conditions, cleaning regimens, and other factors, but there is merit in knowing that water is arriving to these sites adequately managed for the harmful bacteria. Something needs to be done, as LeChevallier cites a tenfold increase in Legionella outbreaks since 2000.

While Legionella has been nominally part of the Surface Water Treatment Rule (SWTR) since 1989, there is no numeric minimum requirement of chlorine residual for preventing the bacteria from proliferating in distribution systems. Currently, as long as utilities filter and disinfect at the plant and maintain any amount of chlorine residual in 95% of the measurements, the issue is considered controlled, per 1989 guidance.

The WRF project led by Dr. LeChevallier will take steps toward strengthening the guidance for Legionella as part of the current Six-Year Review for the next update to the SWTR. The goal is to enroll 50 utilities to monitor for Legionella pneumophila throughout their systems and look at the relationship between system characteristics (e.g., treatment, disinfectant, residual levels) and determine best practices that they can report to the EPA for future rulemaking.

“The biggest problem is that there’s been no good guidance from the EPA or CDC on how to monitor for Legionella,” he said. “We want to ensure that utilities are doing everything they can to make certain that the water delivered to buildings is as high quality as possible. For operators and engineers, once you are aware of an issue and what you could possibly do [via regulatory guidance], you do it and it solves the problem.”

“Every operator wants to go to bed at night knowing that they’re doing their best job and providing safe water to their customers.”

To help Dr. LeChevallier and his colleagues toward this mission, contact him to enroll in the project: e-mail lechevallier1@comcast.net, call (856)- 287-2538, or visit drwaterconsulting.com for more information.