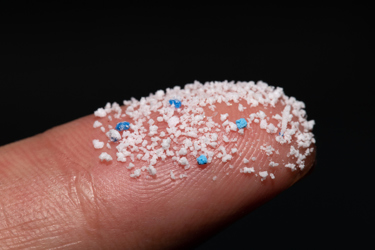 Microplastics — pieces of debris that make their way into source water from clothing, household cosmetics, and industrial processes — are one of the most pervasive yet challenging drinking water contaminants affecting the U.S.

Now, despite relatively little research on just how harmful these contaminants can be when consumed, one state is looking to establish a stricter standard in how microplastics affect its drinking water.

“California is poised to issue the world’s first guidelines for microplastics in drinking water despite no data on how plentiful they are in the state, no scientific agreement on how to test water for them and little research on their health risks,” Desert Sun reported. “Now the state Water Resources Control Board is blazing a trail to issue a preliminary health-based threshold and testing methods by July 1.”

The decision by the board is a follow-up to a 2018 law in the state requiring it to conduct four years of testing for microplastics in drinking water and consider instituting guidelines on what levels of microplastics might be safe to consume. It is seeking to establish preliminary guidelines to help drinking water providers and consumers, as opposed to an enforceable standard that dictates treatment actions.

But getting a grasp on the health threat posed by microplastics in drinking water will not be an easy task.

“Theresa Slifko, chemistry unit manager at the Metropolitan Water District of Southern California, which provides imported water to 19 million Californians, warns that monitoring drinking water for microplastics is going to be ‘very complicated and time consuming, and that’s why it’s expensive,’” according to High Country News.

But if California can overcome some of the significant obstacles in getting a handle on microplastic contamination, it could provide some much-needed insight into how large this threat really is and what drinking water treatment operations should be doing to combat it. By taking on this challenge, it may be pioneering work that will benefit the drinking water of Americans across the country.

“We now know that we live in a soup of plastic that is getting ever denser,” said Rolf Halden of Arizona State University’s Biodesign Center for Environmental Health Engineering, according to High Country News. “So is it too early to do something? No, it is actually a bit late.”