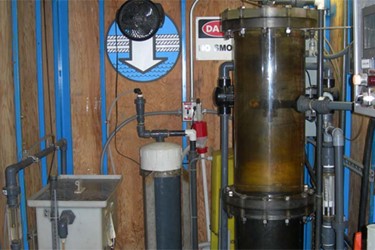 The City of Paramount conducted a pilot study for arsenic, manganese and iron treatment system at their Well 15 site. The onsite pilot test was designed to demonstrate the performance of the Loprest Water Treatment Company treatment process proposed for the new treatment plant.

The DPH Secondary Standards limit the concentration of manganese in the filtered water to 50 μg/l, and limit the concentration of iron to 300 μg/l. The pilot study was conducted in four runs. The results of the first run were significantly affected by the high levels of iron in the raw water, which was not anticipated as the project specifications did not indicate the presence of iron. Influent iron was much lower during the second, third and fourth runs, and the test results from these runs were all similar in terms of filter headloss and the removal or reduction of iron, manganese, and arsenic.