Calcium Nitrate To The Rescue Amid Ever-Growing Global Wastewater Crisis 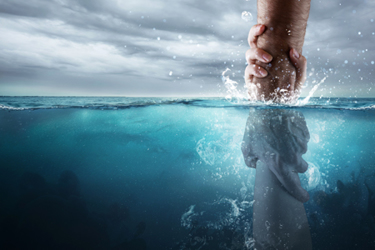 The last couple of decades have witnessed a sizable growth in the worldwide populace. In this context, the migration of rural dwellers to urban establishments has also been huge. This has consequently led to a massive increase in the requirement for sufficient access to proper sanitation, safe water sources, and adequate hygiene — factors that fall among the basic necessities of the urban population. An abundance of these facilities can help mitigate occurrences of illnesses and deaths due to poor health, leading to significant socioeconomic development, reduction in poverty levels, and also enhanced overall health.

However, the upsurge in global population, in addition to rapid urbanization, is creating considerable adversity regarding water resources, particularly in areas with limited access to natural resources. Water usage and reuse, at present, is a key concern across the globe; this factor has essentially redirected the focus of public and private sector organizations toward using formulations inclusive of calcium nitrate.

Calcium Nitrate And Its Application In Wastewater Odor Removal

Calcium nitrate is a colorless salt derived from the treatment of limestone using nitric acid. It can also be obtained during the process of absorption of nitrogen oxide by milk of lime.

The calcium nitrate industry1 applications are diverse, from use as a fertilizer in agriculture to wastewater treatment applications. In wastewater management, calcium nitrate creates an anoxic biology, which restricts the metabolism of odor-creating components such as hydrogen sulfide, in turn preventing foul odors.

Many nations are unable to implement adequate wastewater treatment, mostly due to a lack of infrastructure, investments, resources, space, technology, etc. As a result of the lack of these basic facilities, populations from developing regions are at risk for WASH (water, sanitation, and hygiene)-related ailments.

In 2015, nearly 2.1 billion people across the world did not have access to clean drinking water, while 4.5 billion people faced a lack of secure sanitation facilities.

Studies suggest that nearly 80 percent of wastewater is dispersed into global waterways. This gives rise to myriad environmental, health, and climate-related hazards. High-income countries have wastewater treatment capacity of approximately 70 percent of the overall wastewater generated, whereas low-income nations have only 8 percent.

In light of these alarming figures, the need of the hour is to establish adequate sewage and wastewater management systems to ensure optimum sanitation and disease control. In fact, Goal 6 of the 2030 Agenda for Sustainable Development is geared toward ensuring sustainable management and easy access to sanitation and water for all by the year 2030.

Wastewater can be defined as water coming from certain activities, sources, and applications — such as washing, bathing, rainwater runoff, using the toilet, or industrial processing — that is no longer suitable for use. Wastewater treatment is the process of converting this used water into bilge water that can be discharged after rigorous processing and treatment. This includes the reduction of contaminants such as chemicals, toxins, and bacteria, among others, to make the water safe enough to be released back into the environment.

The very first function of a wastewater treatment plant is odor control. Wastewater is rife with undesirable substances that can create a foul odor over time. The most common cause of this odor is the formation of hydrogen sulfide (H2S). Not only is H2S formulation harmful to health, but it can also cost millions of dollars’ worth of damage to infrastructure due to corrosion, particularly in collection systems where it can convert into sulfuric acid.

The generation of H2S can be prevented by using solutions such as carbon filters or chemicals. One of the most commonly used chemicals to mitigate its production is calcium nitrate.

In 2015, two North Carolina municipalities faced burgeoning complaints of foul odors. This led to concerns about public health as well as suspected corrosion in the wastewater collection systems. Upon inspection of the sewer networks, it was revealed that H2S concentrations had surged to 300 to 500 ppm.

According to the Occupational Safety and Health Administration (OSHA), even H2S concentrations as low as 100 ppm could be immediately hazardous to health and life, which meant that the concentrations found in the North Carolina facilities were dangerously high.

In order to gain control over the situation and mitigate further formation of H2S, the municipalities identified pump stations in two prominent locations: one in a public park and a master pump station in close proximity to a new subdivision.

In both of these locations, a dosage of nonhazardous Hydrex 6035 calcium nitrate solution was implemented at the pumping stations. The addition of nitrate helped mitigate sulfide production via two mechanisms:

The application of calcium nitrate proved to be a fruitful endeavor; once implemented, calcium nitrate was able to reduce H2S concentrations to an average of less than 5 ppm, even going as low as 1 ppm in collection lines.

Calcium nitrate has widespread applications and has demonstrated great potential across multiple sectors. Given that calcium nitrate can help mitigate industrial odors by nearly 90 percent by preventing wastewater from becoming septic, more and more communities are taking stock of these advantages and working toward greater use of calcium nitrates in their wastewater management programs.

An avid reader since childhood, Saloni Walimbe is currently following her passion for content creation by penning insightful articles relating to global industry trends, business, and trade and finance. With an MBA-marketing qualification under her belt, she has spent two years as a content writer in the advertising field.