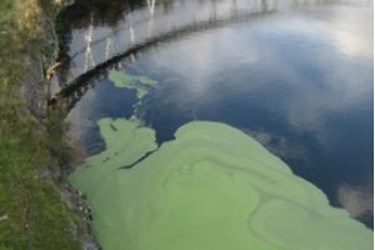 A recently identified link between a toxic amino acid found in blue-green algae and several motor neuron diseases could help researchers devise a therapy for the fatal conditions.

Australian waterways regularly succumb to toxic algal blooms, the NSW’s Barwon-Darling River System suffering one of the world’s largest in the summer of 1991-92 when a bloom spread for over 1000 kilometres.

There has been increasing evidence of a link between motor neuron disease and the consumption of food or water contaminated by blue-green algae but it wasn’t clear how the algal toxin was damaging the central nervous system.

Now, University of Technology, Sydney (UTS) researchers led by Dr Ken Rodgers, in collaboration with leading ethno botanist Dr Paul Cox and researchers from the Institute of EthnoMedicine in Wyoming in the US, have discovered that BMAA mimics an amino acid called serine that is used to make human proteins. BMAA is mistakenly incorporated into human proteins in place of serine, resulting in damaged proteins which over time, build up to toxic levels and kill the cells.

The research findings are published today in the journal PLOS ONE. The first author of the paper, Dr Rachael Dunlop, said for many years people had linked BMAA with an increased risk of motor neuron disease.

“The missing piece of the puzzle was how this might occur. Finally, we have that piece,” said Dr Dunlop. “Common amongst all neurodegenerative diseases is the problem of clumps of proteins overloading cells and forcing them to ‘commit suicide’. This research reveals that BMAA can also trigger this process,”

BMAA was originally identified in Guam after the indigenous people, the Chamorros, were found to suffer motor neurone disease up to 100 times more often than other people. The Chamorros used seeds from cycad palms to make flour, and regularly ate fruit bats, which also ate the seeds. Both these foodstuffs contained BMAA.

Since then, research has revealed increased incidences of MND in people who lived near lakes subject to frequent cyanobacterial blooms, among consumers of contaminated shellfish, and in soldiers deployed to the Gulf War between 1990-1991.

Over 90 per cent of motor neuron diseases have no known cause or cure. The diseases kill motor neurons in the brain and spinal cord, progressively paralysing the body.

Though MND is relatively rare, it has a high profile as a result of a number of high-profile people being affected including Professor Stephen Hawking.