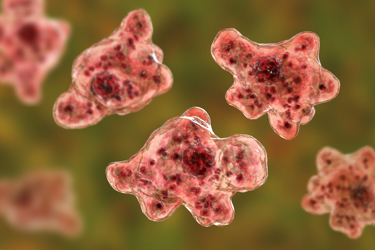 A particularly frightening contaminant was detected in Texas water supplies, leading to a warning for residents across a small section of the state.

“Residents of eight cities have been alerted that a brain-eating amoeba was found in a southeast Texas water supply, leading one of the towns to issue a disaster declaration,” CNN reported. “The Texas Commission on Environmental Quality [TCEQ] issued a water advisory to residents served by the Brazosport Water Authority warning customers not to use any water due to the presence of Naegleria fowleri, a brain-eating amoeba, found in the water supply.”

Naegleria fowleri has appeared in water systems periodically for years. It killed victims in California in 2016 and in South Carolina in 2015, leading to emergency declarations and new water utility standards.

In this recent outbreak, 6-year-old Josh McIntyre died after contracting the microbe, which led to the discovery of the amoeba in water sample tests as part of the investigation.

“Three of 11 sample tests indicated preliminary positive results for the brain-eating microbe, with one sample coming from a hose bib at the boy’s home,” AP News reported. “TCEQ said it is working with city officials [in Lake Jackson, TX] to flush and disinfect the water system. Until the flushing and disinfecting process is complete, the city remains under the boil notice.”

Per the Centers For Disease Control And Prevention (CDC), the first deaths from the amoeba found in tap water from public drinking water systems in the U.S. occurred in 2011 and 2013. Though a boil water notice has been deemed necessary in parts of Texas, Naegleria fowleri is most often fata due to recreational interaction with water supplies, as opposed to consumption.

“The infection is usually fatal and typically occurs when people go swimming or diving in warm freshwater places such as lakes and rivers,” according to AP News. “In very rare circumstances, naegleria infections may also occur when contaminated water from other sources (such as inadequately chlorinated swimming pool water or heated and contaminated tap water) enters the nose.”

The microbe is generally not something to worry about as a widespread contaminant in water supplies across the U.S. But where it does surface, it can be quite deadly.

“The CDC says that while Naegleria fowleri infections are rare most are fatal,” CNN reported. “From 2009 to 2018, only 34 infections were reported in the United States… According to the CDC, 145 people were infected from 1962 to 2018 and only four survived.”