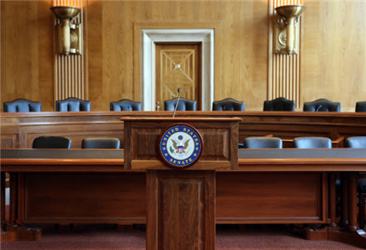 Many in the drinking water and wastewater sector are watching closely to see how a change in administration at the U.S. EPA will influence the federal regulations that affect them. And now, the likely incoming head of the agency has offered some indication of the direction that these regulations will take.

During a nomination hearing before the U.S. Senate, President Biden’s pick to run the EPA, Michael Regan, gave insight into his priorities, including the introduction of rules that would limit source water contamination.

“Regan vowed to … complete major new regulations on power plants, automobile tailpipes, mercury emissions and waterways,” AP News reported. “Biden has vowed to focus on environmental justice as a core part of his climate and environmental strategy, and Regan said he was eager to do his part.”

Regan was previously the top environmental regulator in North Carolina, and many believe that the water priorities he pursued there will also be on his agenda upon taking control of the EPA.

“In North Carolina, Regan led negotiations that resulted in the cleanup of the Cape Fear River, which has been dangerously contaminated by industrial chemicals known as PFAS,” per AP. “With Duke Energy, Regan negotiated what North Carolina says was the largest cleanup agreement for toxic coal ash, a by-product of coal-fired power plants [which contaminated the Dan River].”

Drinking water and wastewater managers around the country can expect Regan to differ significantly from his predecessor at the EPA, Andrew Wheeler. Wheeler’s focus was on protecting industrial operations, and he oversaw the reduction of many environmental protections. Regan appears poised to do the opposite, and this dramatic change may define his tenure.

“Regan represents an almost 180-degree turn from the last four years,” Vox reported. “But while Regan may have sailed smoothly through his confirmation hearing, he’ll take the helm of an agency that’s been steered off course from its core mission to protect health and the environment, as well as a depleted workforce with low morale. The problems of the last four years will shape what Regan can accomplish in the next four.”

Wastewater and drinking water treatment professionals around the country will be watching.