Beneficial Biofilm Works As A 'Probiotic' To Control Biofouling 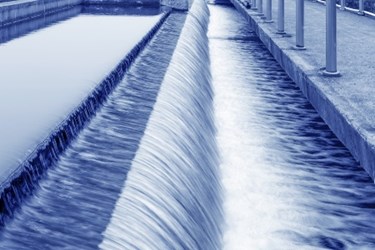 A team of chemical engineers at Penn State has developed a beneficial biofilm with the ability to prevent the biofouling of reverse osmosis (RO) membranes.

The biofilm allows membranes to limit their own thickness via a quorum-sensing circuit, and ultimately to reduce the occurrence of biofouling in membrane-based water treatment systems by releasing chemicals that repel undesirable bacteria.

“We realized that the accumulation of microbial films in water treatment membranes is unavoidable,” said Manish Kumar, assistant professor of chemical engineering and the principal investigator on the project. “But just like good bacteria exists in your gut to keep you healthy, we predicted that helpful bacteria in RO may be able to prevent the unchecked reproduction of harmful biofilms. Essentially, our method is a ‘probiotic-approach’ to combat biofouling.”

Complications with these systems arise frequently, however, most often in the form of biofouling—a buildup of microbes and bacteria on membrane surfaces that causes clogging and leads to decreased membrane permeability and an overall increase in energy consumption.

What the researchers discovered is that the introduction of “good bacteria” in RO can limit the growth of harmful bacteria, ultimately inhibiting the formation of biofilms that cause biofouling.

“What we created is the first cell that is able to talk to itself to control biofilm formation,” Thomas Wood explained. “Through genetic engineering, we have developed a cell that is able to recognize when it has reached a certain density, and in turn, sends a response to stop making biofilms. We call it a ‘living reverse osmosis membrane’ or ‘LROM.’ The cell’s ability to limit its own thickness assures that the good biofilm itself does not cause fouling.”

The self-controlled biofilms grow much more slowly than uncontrolled biofilms and are activated by the introduction of genetically engineered elements into E. coli. In trial experiments, these engineered E. colisuccessfully slowed the production of Pseudomonas and Sphingomonas strains, two of the most prevalent bacteria in RO, while simultaneously protecting the membrane.

The proposed approach of using engineered biofilms in membrane processes may also provide benefits for sustainability. Current methods to combat biofouling involve adding propriety chemicals called biocides, which can be damaging to the environment and create a large expense. The LROM approach may potentially provide a safer and greener alternative.

Researchers have tested the viability of their system in both long and short-term experiments under varying flux conditions. Their next challenge is to perform larger-scale testing and target new opportunities for the technology—conceivably within the realm of biomedical devices.

“Eventually we plan to test more than just our two reference bacteria and expand the potential applications for this technology,” said Kumar. “Theoretically, this method could be applied to biomedical devices and implants to decrease the likelihood of failure due to biofilm infections.”

The work is supported by a grant from the National Science Foundation awarded in 2014, including a REU supplement in 2015.

In November 2015, Penn State filed a provisional patent on the technology and is actively seeking industrial partners to commercialize this idea.

The researchers’ paper, “Living Biofouling-Resistant Membranes: A Model for the Beneficial use of Engineered Biofilms,” was featured in the Proceedings of the National Academy of Sciences of the United States of America on May 2, 2016.