Assessing The Effectiveness Of Leak-Seeking Satellites 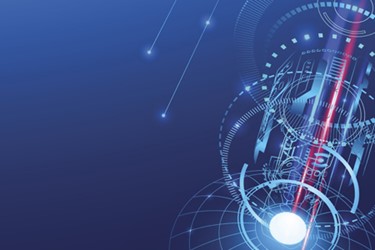 Pipeline maintenance and non-revenue water reduction get a boost from far-out resources.

Central Arkansas Water (CAW) is a metropolitan water system serving a population of 450,000. There are 135,000 residential, commercial, and industrial metered customers in Pulaski, Saline, and Grant counties, covering 530 square miles. CAW delivers an average of 62 MGD. The Central Arkansas Water system contains 2,500 miles of pipe, of which approximately 600 miles, or 25 percent, is PVC. The primary source of supply is surface water from Lake Winona and Lake Maumelle. Non-revenue water (NRW) loss is estimated to be 10 percent. It is a well-managed system with NRW lower than average. CAW has an Infrastructure Leakage Index of 2.5 and an “A” rating on the International Leakage Performance Category classification. CAW has several employees who are trained to find background leaks; however, currently there is no full-time proactive program to find these background leaks.

CAW is a progressive agency that has implemented innovative programs in the past. Central Arkansas has a program to replace all known or discovered lead service lines systemwide. The utility has a proactive program to replace galvanized pipe and is using its own directional boring machine to replace over 600,000 linear feet of 2-inch diameter pipe. CAW was a partner in WRF (Water Research Foundation) Project 4642, “Fostering Innovation Within Water Utilities,” which developed guidance resources for utilities sectors that want to embrace innovation in their organizations. They are also using GPS to geolocate all water meters for (future) reverse customer system alerts and notifications. Terry Bice, CAW’s director of distribution, was named Water Manager of the Year by Arkansas Water Works and Water Environment Association in 2017.

In order to identify the background leaks that contribute significantly to NRW, CAW partnered with Utilis to triage the distribution system in order to locate the most likely leak locations. 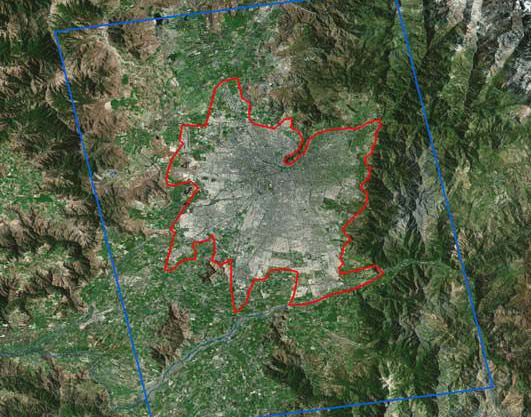 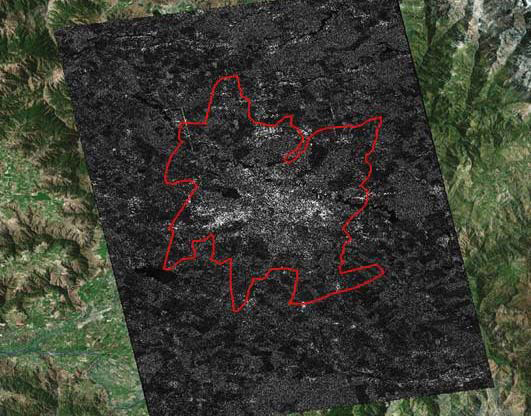 How It Works
Utilis uses L-band radar satellite imagery to identify likely leak locations. Radar (radio detection and ranging) is an objectdetection system that uses electromagnetic waves in the radio or microwave domain to determine the range, angle, or velocity of objects. Radar signals are reflected especially well by materials of considerable electrical conductivity — most notably by wet ground. The satellite radar signals illuminate the area of interest, and the reflected images are bounced back and collected by the satellite. These images can be processed to omit the noise and separate out the particular signs of potable water underground. The Utilis service detects the result of leaks — wet soil — as opposed to the leak itself.

The founder of the company, created in Israel in 2013, was interested in using electromagnetic waves to sense for different phenomena on Earth: infrared spectrum for analyzing flora phenotyping, shortwave infrared for temperature measurement, and multispectral sensors for air pollution monitoring. Microwaves are the method of choice when searching for water due to its sensitivity to materials with high di-electric constants. The algorithm to interpret the reflected images from the satellite was developed, and a commercially available product was created in late 2015 and has since been implemented worldwide.

Utilis has North American offices in San Diego, CA, and has partners in the European Union, Asia, and South America. The company holds a U.S. patent for a System and Method of Underground Water Detection, and has won various innovation challenges and contests. Such honors include the Aquatech Innovation Award in 2017 in Amsterdam, the Imagine H2O 2017 Water Data Challenge, and the Fast Company Most Innovative Company of 2018. 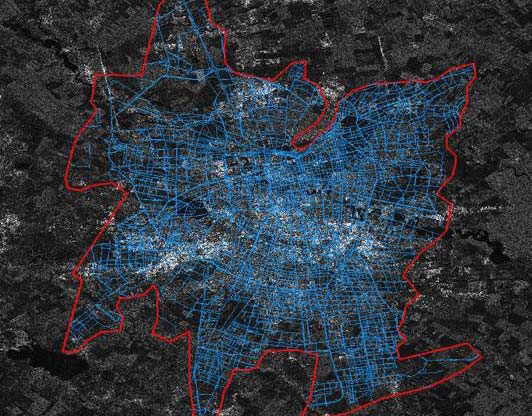 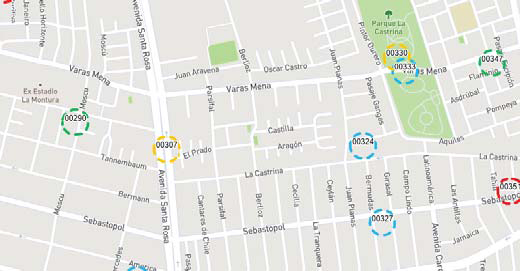 The Proving Ground
This project’s goal was to assess the efficiency and costeffectiveness of the satellite leak detection service provided by Utilis in conjunction with best boots-on-the-ground (BOTG) practices as defined by CAW and Utilis. The area selected for the study covers the Little Rock gravity supply zone. CAW regularly conducts proactive leak detection; however, the most time is spent responding to customer calls or pressure reduction reports.

The deliverable from Utilis is a target map of findings, or likely leak locations. It is then dependent upon the BOTG leak detection crews to verify and locate the leaks through traditional acoustic and correlating methodologies. The BOTG inspectors are directed to the high-potential target areas, rather than inspecting the entire system.

Of those 156 findings, a total 64, or 41 percent, were inspected by BOTG crews. Thirty-six leaks were found in 11 days of field inspection, an average of 3.3 leaks per day. This is a significant improvement over what was typical — one leak per day found per BOTG crew — when following the traditional methodology.

The satellite triage of the system allows for the BOTG to be deployed to very specific areas, usually less than 5 percent of the total system length, to maximize the leaks found per time in the field.

Of the 36 leaks identified in this project, 14 were found on pipe mains, six on service lines, and 16 on the customer side of the meter. Seven locations inspected as part of this work yielded suspect leaks — those that could be acoustically heard but not correlated and verified conclusively. Six of the target sites identified by Utilis yielded two leaks. The joint Utilis/CAW effort produced 0.56 leaks per site visit. In addition, work orders were opened for an additional eight to 10 suspected house line leaks. Those suspected leaks identified by the satellite triage are not included in this report.

Over 100 projects have been completed by Utilis in 2016 and 2017 around the world. The results obtained at CAW are within the range of similar sites such as the East Bay Municipal Utility District (Oakland, CA), Mitrovica (Kosovo), Albstadt (Germany), and Yorkshire Water (UK). All sites showed a significant improvement over the typical leak detection rate using a traditional approach. Utilis uses results from all of these projects as input into its database to improve analytics and product performance.

Bojan Ristovski, the managing director of Aquasave Ltd. who managed the Mitrovica project, says that the “efficiency paired with the capability of scanning an entire network multiple times per year will definitely allow utilities to reduce their water loss significantly more than with the traditional approach.”

When using the traditional, walking-the-line approach to leak detection, it would take more than 10 times the crew level of effort to inspect the entirety of the system as compared to the triage methodology.

A team randomly searching for leaks by walking the entire pipeline can inspect about 3 miles of pipe per day. To verify the CAW-provided pipe system area of interest (747 miles), it would take approximately 250 working days (more than a year). The CAW team verified an average of eight findings per day pursuant to the best practices methodology during this study period. To verify the 747 miles of pipe with 156 findings in this area, it would take 20 working days for one team (about a month).

The efficiency of this programmatic approach is evident based on the limited number of BOTG field crew days that need to be spent in order to find leaks compared to traditional methodologies. Following this program can increase the efficiency of the BOTG crews by almost 400 percent. Four times as many leaks can be found with the same crew resources.

When using the traditional, walking-the-line approach to leak detection, it would take more than 10 times the crew level of effort to inspect the entirety of the system as compared to the triage methodology. 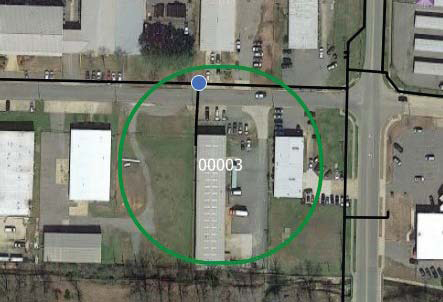 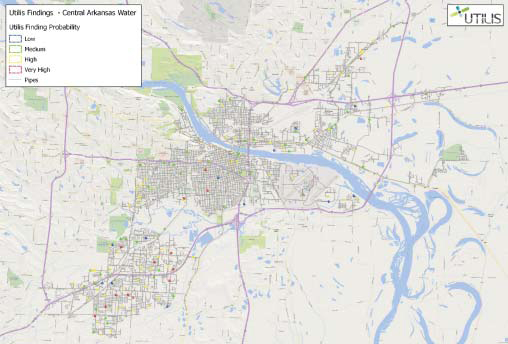 Paul Gagliardo, MPH, PE, is a strategic-thinking technical leader with diversified experience in public and private utilities, government, public works, engineering consulting, technology startups, innovation validation, and business development. He has more than 35 years of experience in developing, validating, and deploying new water-related technologies. Paul holds a bachelor’s degree in mechanical engineering from Union College and a master’s degree in public health from San Diego State University. He is also a registered engineer in the state of California.