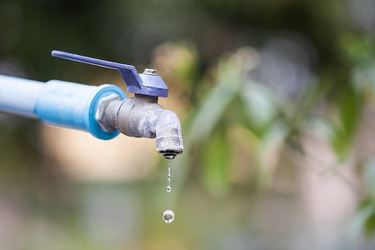 With some 43 million people in the U.S. relying on private wells for their drinking water, centralized water systems remain unable to deliver effluent or enforce treatment regulations for every consumer across the country.

But now, fundamental trends in the environment are exacerbating many of the problems with these decentralized drinking water services, underscoring what is likely to be a growing role for the nation’s water systems.

“While many private wells provide safe water, the absence of regulation and treatment afforded by larger municipal systems may expose some users to health risks, from bacteria and viruses to chemicals in lead, studies have found,” per ABC News. “Risks are elevated after flooding or heavy rainfall, when animal and human feces, dirt, nutrients such as nitrogen and other contaminants can seep into wells. And experts say the threat is growing as the warming climate fuels more intense rainstorms and stronger and wetter hurricanes.”

Among these growing trends, the potential health issues associated with private wells have now motivated a novel study in Pennsylvania.

“A study that researchers claim is the first of its kind is looking for more participants to determine if Pennsylvania private wells are causing illnesses, particularly among young children,” Morning Call reported. “According to [principal investigator Heather] Murphy, young children are at particularly high risk for … illnesses and suffering severe cases; on a national average, a child under the age of 5 will have two cases of gastrointestinal illness per year, and five to six cases of respiratory illness per year.”

Still, it’s hard to say if any climate changes or new studies can truly motivate consumers to abandon private wells. Though advocates for drinking water utilities have continuously pointed to the issues with private drinking water, many consumers have yet to be convinced.

“While many well owners don’t have the option of hooking up to a public water system, others are happy with well water,” according to ABC News. “They might favor the taste or want to avoid monthly bills and government regulation.”

To read more about how utilities work to deliver treated effluent to people across the country, visit Water Online’s Consumer Outreach Solutions Center.