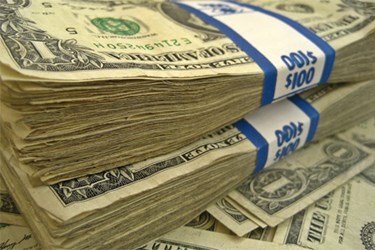 A new report confirms what water sector officials already know: Utilities are having a tough time breaking even.

Between regulatory compliance, aging infrastructure, and reduced revenue due to conservation, "you have a cesspool of financial worries," the Kansas City Star reported, citing a new research paper by the consulting firm Black & Veatch.

Bills are going up across the country. "More than one-fifth of U.S. water utilities may need to increase rates at least 10 percent annually over the next decade to cover costs primarily from aging infrastructure," Bloomberg recently reported, citing the same research.

"These challenges are driving an increased focus on utility automation functions. They are also driving the addition of real-time monitoring and diagnostics capabilities to enable proactive asset management," the report said.

Utilities are having trouble securing capital to replace aging infrastructure. This could result in a greater number of public-private partnerships.

“I do see that increasing,” said Ralph Eberts, executive managing director for the Americas at Black & Veatch, to Bloomberg. “Aging infrastructure is the number one concern for the industry.”

The tough financial circumstances could be beneficial to the water reuse market.

"Going forward, utilities will have to develop more integrated water resource plans. Currently, only about one-third of utilities have some form of water reuse as part of their water portfolio, mostly in regions where water scarcity is an ongoing issue," Green Tech Media reported.

Water utilities are struggling with the issue of energy efficiency, the report found. "Less than 10 percent of survey participants said they plan to use energy performance contracting to meet energy efficiency goals, even though those contracts usually require no upfront money for improvements that will reduce operating expenses," Green Tech Media reported.

So-called "brain drain" is another concern documented in the report. "Water and wastewater utilities have an aging workforce, so finding replacement employees with the necessary training is another challenge," the Kansas City Star reported.