Are Partnerships Between Oil & Gas Operations And Wastewater Treatment Plants The Future? 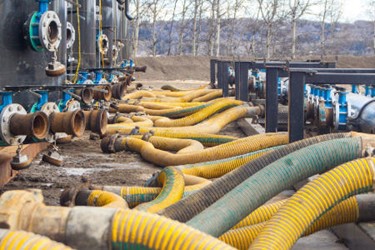 The growth of the oil and gas industry in the U.S., driven primarily by hydraulic fracturing or “fracking,” has been explosive over the last decade, bringing with it considerable produced water challenges. But in some parts of the country, it is also a growing factor in the municipal wastewater sector.

Fracking requires vast amounts of water, which is pressurized and used to break up underground rocks in the way of oil and gas wells. In particularly arid areas where fracking is a growing practice, oil and gas operations are turning to wastewater treatment utilities to supply it — even helping these operations expand.

“The towns of Midland and neighboring Odessa, Texas, are now selling most of their municipal waste water to oil companies for use in their injection wells,” CNN reported. “Pioneer Natural Resources (PXD), one of the leaders in the field, agreed to spend $130 million to upgrade the waste water facility in Midland, Texas, in return for the right to buy its waste water for up to 40 years. The company is using about 5 million gallons a day of municipal waste water to help it reach the up to 21 million gallons of water it uses every day.”

In many ways, the agreement appears to be a win-win. The municipality received a major investment in its infrastructure and the oil and gas operation received a dependable source of water for its operation, without having to rely on the freshwater sources that are particularly stressed in the region.

“We recognized one of the best things we can do for Midland is limit the need for freshwater in our operations, and thanks to this innovative partnership, we have created an affordable, long-term source of water for Pioneer while at the same time providing the city with necessary infrastructure upgrades,” PXD COO Tim Dove said in a press release obtained by MRT.

But even though PXD is turning to wastewater to power its operations and has reportedly found ways to reuse about 5 MGD from its operations, environmental stewards argue that fracking, in general, is a threat to water resources.

“Most of the water captured as oil and natural gas are collected can’t be used for anything and must be disposed of in wells nearly a mile or more deep, far below the aquifers used as a source of water,” per CNN. “Human water supplies could be threatened by the industry sending so much water into the Earth’s shale layers as part of the fracking process or disposal wells, according to Amy Mall, senior advocate for the Natural Resources Defense Council.”

While the pros and cons of hydraulic fracturing and its impact on water supplies will continue to be debated, arrangements such as the one in Texas could have a growing impact on wastewater treatment utilities.