AMERICAN Products Used In Expansion At One Of The World's Wonders 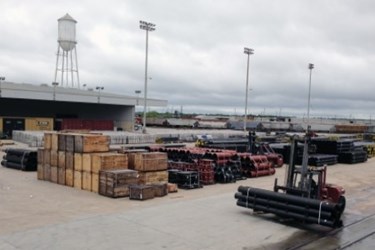 It has been named one of the Seven Modern Wonders of the World with about 14,000 cargo ships passing through its two locks every year. In 2016, its wonder will expand as a third set of locks opens and Post-Panamax ships pass between the Atlantic and Pacific Oceans for the first time.